Tenerife counts summer 2017 beginning of summer with a total of 18 new direct air routes, four national and 14 with international destinations. “Increased connectivity is a priority objective for the Cabildo because it is fundamental for the economic and tourist development of the island,” said island president Carlos Alonso.


The president of the Cabildo states that “the air forecasts point to the summer season an increase in the capacity of arrival in the airport system of Tenerife around 8 percent, with about 4.5 million seats, hovering around 5 , 3 million seats if inter-island flights are taken into account. ”

The president of the Cabildo says that “the air forecasts point to the summer season an increase in the capacity of arrival in the airport system of Tenerife around 8 percent, with about 4.5 million seats, which exceed 5,3 million seats if inter-island flights are taken into account. ”

The new national connections that operate summer 2017 are:

Tenerife airport system, which currently operates 51 airlines, is connected to 24 countries for a total of 119 destinations. 20 of them are national (14 peninsular and 6 island) and 99 correspond to international destinations.

As for the tourist forecasts for summer 2017, the insular tourism councilor, Alberto Bernabé, emphasizes that expectations are “very positive”, especially if you take into account that the tourist influx continues to grow even though last year Tenerife set a record Historical of tourists, with more than 5.5 million of housed and an increase of 7.9 percent. “We do not expect that such high growth will be repeated in 2017, although the increase we are registering, based on the very high figures of the previous year, is already very positive data,” Bernabé explains.

Thus, Tenerife accumulates in the first five months of the year a figure of 2.289.733 housed, according to the data of the Receptive Tourism Statistics of the Cabildo, representing a 1.1 percent growth over the previous year, or Is the same, 25,165 more.

Last summer also marked an absolute record of tourists, with 496,211 (+8%), which accounted for 111,195 tourists more than the previous summer. The great majority of the emitters maintained a positive evolution in the season, with important growths of the British, German, Dutch, Belgian, Irish, Swiss tourism.

While waiting to see how this summer season passes, the forecasts the Cabildo handles are good. The latest ISTAC hotel expectations data show that 32 percent of entrepreneurs expect an increase in occupancy in their establishments for the second quarter of the year and 42 percent expect increases in turnover. In addition, 22 percent of employers expect to increase hiring, “another very positive aspect that will contribute to an improvement in the economic situation,” says Bernabe, who recalls that until May “Tenerife already accumulated an increase of 9 percent in contracting in the tourism sector in relation to the previous year.” 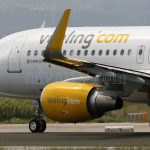 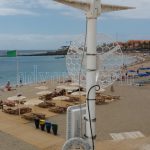