The Cabildo of Tenerife (Island Council of Tenerife) has created in July 2017 a 39 free Wi-Fi points in the four tourist municipalities of the island Adeje, Arona, Santiago del Teide and Puerto de La Cruz, a pilot project that in the future spread throughout the island.

The project, awarded to the internet company Canarias by Excom and with a cost of 35,000 euros, was presented Tuesday by the Cabildo president, Carlos Alonso; The Tenerife Area Minister 2030, Antonio García Marichal, and the Tourism Minister, Alberto Bernabé.


The network will be free and it provides service to more than half a million tourists, who to use it should register on a page and leave some generic data such as their nationality, where they are staying and the reason for their trip.

All points will have a download speed of 10 Mbps to allow a high number of users, and can be extended to 20 Mbps if there is demand.
According to Tenerife Tourism Surveys, 63 percent of the tourists who visited the island last year surfed the internet during their stay on the island, so Tourism Councilor Alberto Bernabé believes that these free networks will give “Added value” to the destination.
Alonso has said that improved connectivity was a “major demand” of tourists who visit the island, both because they are looking for information about the island and because they are engaged in teleworking. “Increasingly, leisure and work have shared spaces,” he said.
Face to the future, the president has commented that through the project of ‘Smart Island’ the objective is to provide the whole island with a wireless system, whose technical assembly will depend on the operator that is chosen. 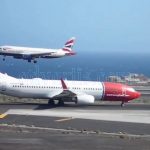