The Tenerife South Airport opened a new direct connection with London-Heathrow on November 4 2017, operated by the British Airways company, which will have a weekly frequency every Saturday.
The plane, an Airbus 320 with capacity for 180 passengers, took off around 12.00. To celebrate this new route, the passengers and flight crew were treated to a commemorative cake.

The event was attended by the director of the airport, Santiago Yus; the tourism representative of Tenerife, Stephanie Wear; the delegate of Iberia Airports, Jaume Tondo, and the representative of the British Airways-Iberia company in the Canary Islands, Amira Moujir.

Tenerife will promote the climate, nature, gastronomy and wine in the World Travel Market London 2017 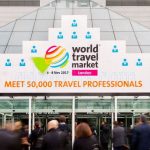 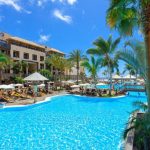