The sales and marketing manager for Spain of Ryanair, José Espartero, said that the two airports of the island will move a total of 2.5 million passengers, of which 2.3 million correspond to Tenerife South.

In the case of Tenerife South, the company will operate 40 routes that generate a total of 1,700 jobs, and expand frequencies with Birmingham, Dublin, Edinburgh, Glasgow Prestwick, Leeds Bradford, Manchester and Pisa.

For Tenerife Norte (TFN), has commented that there are no new programming and maintain the two routes to Madrid and Barcelona, with 10 weekly cheap flights, which generate 140 jobs at the airport.

More than 11,400 people connect to the WiFi in Tenerife TITSA bus stations 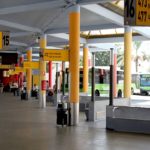 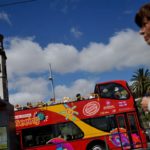