A total of 11,443 people have been able to use the WiFi service that Tenerife Intercity Transport (TITSA), a company of the Cabildo de Tenerife, has implemented in the four main stations since March 2016.


The company started providing this service at the Costa Adeje station in March 2016, to continue the exchanges in La Laguna and Santa Cruz in April and May respectively, ending the implementation of the same at the of Puerto de la Cruz in the month of July.

Costa Adeje is the bus station in which more users have accessed this service, accounting for 4,272, 37% of the total. The Santa Cruz Intercambiador adds 3,978 users, 35%, while La Laguna accounts for 20% of the beneficiaries of this service, with 2,290 users. For its part, the stop of Puerto de la Cruz, in three months of operation, accumulates 903 users, 8% of the total.

TITSA rates this data as very positive and says that with this service your customers can have a free 4G connection while they carry out the transhipments or wait for their line.

The high-speed WiFi connection is served by the Internet Canarias company. The implanted network has a connection speed of 50 megs with only two limitations: one of security of access to certain contents and another, of time, of an hour per day per user. The network flow is enough to be able to access the most frequent contents, searches in engines like Google, social networks or use of Whatsapp.

When you start the connection for the first time, the user will arrive at a landing page in which he will have to register once, through a form or through Facebook, Twitter or Google+. 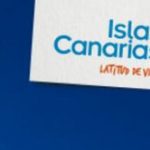 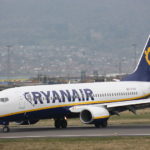