With the symbolic planting of a Drago, the City Council takes another step in the Strategic Plan against climate change.

The mayor of Adeje, José Miguel Rodríguez Fraga, accompanied by the prestigious lawyer and environmental activist Robert F. Kennedy, and the president of the Advanced Leadership Foundation, Juan Verde, have started on Monday morning November 11, 2019 the planting of which It will be the productive forest of the municipality. With the symbolic planting of a Dracaena Drago, a further step is taken towards the development of the project of the great Central Park, the fundamental axis of the Adeje Strategic Plan for climate change.


The plantation has also wanted to join the young promise of cotton, a member of Girls in Science, Victoria Ballesteros and the professor of the University of Seville, Manuel Enrique Figueroa, in addition to the staff assigned to the project, members of the Domitila Hernández Association and team representatives of Government of the City Council, thus endorsing the municipal project.

Kennedy has commented that “it is a very important symbol of the commitment of the City Council of Adeje to work for a better and sustainable world. The fact of having chosen a dragon is a symbol that unites us to the past”.

For the mayor “this is the beginning of a large park that will be an important lung, will collect CO2 but, in addition, it will be a public space for coexistence but also a space for training, awareness and a link with the agricultural sector to promote kilometer zero and defend agriculture, which is an added value in that sustainability in which we are working. ”

Although it is not the only project that the City Council is currently developing in terms of sustainability, it is the most visible, “it is perhaps the paradigm of the environmental commitment that we have in the municipality of Adeje and in the destination Costa Adeje that wants to be a Smart destination and you can’t be smart without sustainability. It is our ethical commitment to fight for a cleaner, healthier, more sustainable world without forgetting that there is no environmental sustainability if there is no social sustainability, we want there to be a conscience, a cultural change and a well-being for people”.

The Central Park of Adeje aims to become the great lung of the municipality. It will be a space of 32 thousand square meters with lake, wetlands and productive forests, exponentially multiplying the green mass of Adeje and helping to reduce the carbon footprint. In addition to the more than 300 species that the Park already housed, the City Council will introduce 400 more, after the study that has been carried out to turn it into a Productive Forest.

The Central Park of Adeje has been specially designed with citizens in mind, in such a way that it will be passable, and in which, in addition, various activities will be developed, from an agromarket to recreational, cultural and sports activities, generating zero kilometer economy and fair trade.

The new TITSA Tenerife buses incorporate free Wi-Fi on board 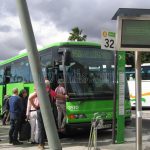 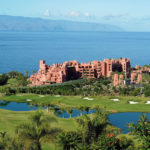