The island of Tenerife has since 22 March 2019 a new connection with Minsk, the capital of Belarus, through the charter airline Airbelservice.


The flights last six hours and are operated with Boeing 737-800 aircraft, with a capacity of 160 seats. So since the new route started on March 22, the airline has had two operations in April, which will amount to three more in May and five in the fall.
To attract this tourism, the Cabildo de Tenerife develops through the agency Arturo Travel a promotional campaign in Belarus, focused on the presence in various media, Internet portals and means of transport in the country, as reported by the insular institution in note of the press
In addition, signage with advertisements of Tenerife in three buses of the three main routes of the city of Minsk (with a population of about two million inhabitants) for twelve months. Destination promotion pages will also be published in the on-board magazine of ‘Belavia Belarusian Airlines’ during the months of April and May.
On the other hand, Tenerife will have advertisements on Radio Unistar, Radio BA 104.6 and Radio Melodies of the Century, all of Minsk, and digital media.

The average price of housing in Spain increase of 3.9% in March 2019 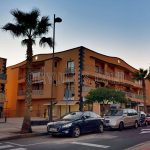 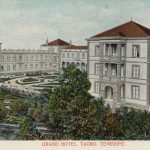