The average price of finished housing (new and used) in Spain registered an interannual increase of 3.9% in March 2019, two tenths less than in February, according to the Tinsa IMIE General Index and Large Markets, from the appraisals made by the company.


The largest interannual increases in March 2019 were recorded by the Balearic and Canary Islands (+ 8%), and capitals and large cities (+ 6.6%). They are followed by the Mediterranean coast (+ 4.1%) and the metropolitan areas (+ 3.1%). On the other hand, the rest of the municipalities cut house prices by 2.1% compared to March 2018.

In monthly values ​​(March on February), the average price of new and used housing did not change. Only the islands and the Mediterranean coast raised their prices in the month, compared to the stability shown by the large cities and the rest of the municipalities. In contrast, in the metropolitan areas the average price fell by 2.4% in March compared to the previous month.

Regarding the evolution of prices from the minimum reached in February 2015, housing has revalued on average by 13.8% in the whole of Spain. Above this average, the Balearic and Canary Islands stand out (+ 22.2%) and the capitals and large cities (+ 23.3%), followed by the Mediterranean coast (+ 16.5%), while below these are the metropolitan areas (+ 9.3%) and the rest of municipalities (+ 4.2%).

From the highs reached in 2007, the price of housing accumulates an average decrease of 34.7% in Spain. The main cities and municipalities in the interior of the peninsula show a cut similar to the national average, while the metropolitan areas and the Mediterranean coast recorded the largest price decline since 2007, exceeding 40%. In the Balearic and Canary Islands the cumulative drop from maximums is 20%.

Spanish airports will have to sell bottles of water for €1 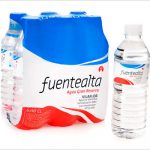 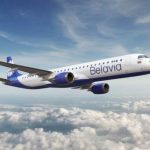 Tenerife has since 22 March 2019 a new connection with Minsk, the capital of Belarus
Advartis Tenerife Property
ADVARTIS.COM uses cookies to make the site simpler.OK