Adeje council is getting ready to celebrate one of its most popular fiestas, San Sebastián, which sees thousands of people from Adeje and the rest of the island congregating in the La Emramda beach zone in La Caleta. This is also one of the oldest fiestas, with celebrations dating back over five centuries. The year the main event takes place on Sunday January 20th, 2019. Those who wish to take part as riders with their mounts (horses, camels, donkeys, etc) must register in the Adeje Cultural Centre, between the hours of 8am and 3pm, weekdays, by January 18th and must have their animal’s registration papers, civic insurance and the relevant vaccination documents.

The celebrations begin on Saturday January 19th, 2019 at 8pm with mass sung by the Boleros de Armeñime group, in honour of San Sebastián de Mártir. This is followed by a procession with the statue of San Sebastián, accompanied by the Adeje municipal band. At 10pm the San Sebastián folklore festival takes place with La Diata, the Asociación Cultural Imoque and the Adeje Folklore Group.

Sundays’ events begin at 12 noon with mass, sung by the Santa Úrsula parish choir, followed by the procession bringing the statue of San Sebastián along the customary route to the sea accompanied by horses and riders. Other animals are also present in front of the church for the public to view, from sheep to goats, oxen, and people also bring along their pets for the traditional blessing of animals which happens after the parade.

Over the weekend the public can also enjoy an open-air exhibition, ‘San Sebastián, a tradition’ with photographs from the municipal archive. There will also be performances from local singing and dance groups as well as stalls selling Canarian produce, and food and drink.

The security plan for this year’s festival includes the presence of a qualified veterinarian to guarantee the well-being of the animals present, and determine their fitness to participate in the parade.

The festival of San Sebastián has been celebrated in Adeje, and the rest of the island, since the beginning of the 18th century, and he is one of the borough’s patron saint, and someone to whom many Adeje people have prayed to for ‘favours’ or assistance, today as in the past. These days the fiesta has become a hugely popular tradition that goes beyond its religious significance, and contributed greatly to the continued social harmony of the many peoples who live in the borough.

Adeje’s statue of San Sebastián, which normally resides in the hermitage in front of the church, was created in the Bririllo de Valencia workshop and brought to Adeje in 1916, mentioned in an article published in the Gaceta de Tenerife on January 29th of that year. It has a classical aspect, smaller than life-size, and made from carved wood and polychrome.

Arona, Tenerife will invest 700,000 euros in fiber-optic internet and free in all the facilities and municipal spaces 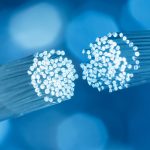 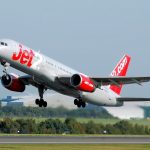