Transavia, the low cost airline of the Air France-KLM group, expands its presence in Spain with a new route between Tenerife South and Paris that will start operating just before Christmas, on December 22, 2018.

Flights can now be booked on the Transavia website with rates from 69 each way. The weekly flight between Tenerife South and the French capital will leave every Saturday from Tenerife at 10.15 am with arrival in Paris at 3.30 pm, and the return flight will take off from Paris at 06.10 am to land at 09.30 hours on the island.


Nicolas Henin, commercial director of Transavia, said in a statement that the company “is not new in Tenerife, far from it”, since it flies to the island for 25 years when it opened the route with Holland.

“The new route from Tenerife strengthens our presence in the Canary Islands and our commitment to the Spanish market, even more, is the fourth new route from Spain that we inaugurated in 2018. Spain is the first seating capacity market for Transavia. key market for us and add flights to our existing connections between Spain and France and the Netherlands with very attractive routes for both leisure and business travelers” he says. 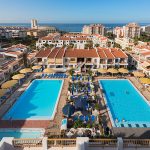 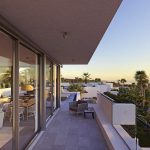 Abama Tenerife launches its ‘Phase 4’ with the aim of becoming the best second-home destination in Europe, 365 days a year
Advartis Tenerife Property