This luxury resort on the island of Tenerife will be reinforced with a central plaza, a club for the owners, a Kids Camp and two new complexes of villas and high standing apartments

More than 100 people attended the presentation ceremony to the sector in Guía de Isora, after the launch this June in London and Antwerp

Abama Tenerife, the exclusive resort located in the south of Tenerife, in the touristic municipality of Guía de Isora, begins its Phase 4 with the idea of ​​becoming the best second-home destination in Europe, having the unparalleled strength to enjoy a privileged weather 365 days a year.

The success of the first three phases, which involved an investment of 375 million euros, have consolidated Abama as the best kept secret in Europe. The incorporation of new offer in the form of villas and apartments, a social club for owners, a central plaza with commercial offer and the launch of new services, including the opening of a Kids Camp, ensure the improvement of this residential complex of international reference in the luxury sector, which stands out for its security, tranquility, good connectivity and first line services.

The launch of this new project, registered as Phase 4, took place in two spectacular events held in London and Antwerp on June 19 and 21. These meetings, attended by owners, intermediaries, journalists and potential foreign buyers, showed the excellence of these new promotions with a tremendously positive response, as was repeated yesterday in Tenerife in the presentation to national brokers, in a meeting to which More than 100 people attended

Elodie Casola, Director of Marketing and Communication of Arum Group, Francesc Pujol, Director of Real Estate Projects of Arum Group, and María Moreno, director of the sales team of Abama Luxury Residences, explained to the attendees the new developments of the resort with the help of diverse models and the projection of a rendered video. José Miguel Mesa, Councilor for Town Planning and Tourism of Guía de Isora, also participated in this presentation, explaining that the Abama urban development and the model followed by Abama Luxury Residences is tremendously positive for the municipality.

The day closed with a cocktail offered by the restaurant Melvin by Martín Berasategui in the pools of Las Terrazas de Abama.

The growth of Abama Tenerife is triggered

Phase 4 triggers the growth of Abama Resort, Tenerife. The main attraction of the project will be La Plaza Abama, the new focal point of the resort, with boutiques, restaurants, a gym and a large swimming pool with terrace and exceptional views to enjoy the best sunsets on the island and the best leisure.

This new phase also includes two new complexes of villas and apartments, both managed by Arum Group, which are called the Arcadias and Villas del Tenis, and whose modern and functional designs make them not only exceptional second homes, but investments safe.

Abama Luxury Residences tries to improve the success obtained in its old promotions offering owners additional services, such as a rental service for the apartments if they are purchased as an investment, an exchange program for vacations in other resorts, a club of owners that will organize activities for residents, as well as other news.

Under the new community of Las Arcadias, will be located the new Kids Camp, a completely new children’s club, which has been developed under the concept of ‘glamping’, and which will develop the imagination and skills of children, while enjoying outdoor. This will allow the development of the residential and family concept throughout the destination, as parents can count on support in the care of their children.

Abama Resort, which has the best golf course in Europe according to the Golf Digest magazine, designed by the former Ryder Cup player
Dave Thomas, has been creating around him a true circle of sports and gastronomic experiences to generate a special bond with his clients. Do not forget that Abama has two Michelin star restaurants, the Kabuki * by Ricardo Sanz and the MB ** by Martín Berasategui, and with twelve other establishments that allow you to enjoy the different cuisines of the world.

In the surroundings, the ultramodern marina and the new highway, which guarantee excellent accessibility, contribute to the fundamental value of Phase 4 of Abama. In addition, the future developments of the prestigious resort include a new hotel, a second golf course, as well as a large stadium with soccer field and athletics track. 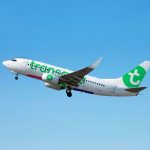 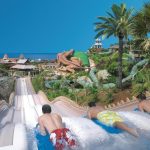