From June 1, 2018, the 5-star Hotel Botanico ***** GL opens to the public again the spectacular terrace of the restaurant ‘Il Pappagallo‘. Like every summer, this exclusive space will delight all lovers of Italian cuisine, who will be able to taste the best pastas with incomparable views of the Atlantic Ocean.

The Hotel inaugurates, thus, the season of the best sunsets of Tenerife, which customers can enjoy while tasting the dishes of a renewed menu that perfectly combines Mediterranean food with a wide range of desserts exquisite.

The restaurant ‘Il Pappagallo’ fuses the old art of preparing pasta with innovative dishes and garnishes that delight diners. The menu has been designed with the intention of offering customers a modern gastronomic repertoire of the highest quality.

In addition, he has recently incorporated chef Giorgio Girolimini into his kitchens, with extensive experience in restaurants both in Spain and in his native Italy. Born in the city of Trani, in Puglia, Girolimini arrived in Tenerife in 1998 and the following year he started working at the famous restaurant La Rosa di Bari, in Puerto de la Cruz, where he was the owner and chef until his incorporation to the kitchens of ‘Il Pappagallo’.

‘Il Pappagallo’ offers a varied buffet of anti-pasti, pizzas, a great selection of fresh meat and fish, and many other specialties typical of Italy, as well as being distinguished by its great selection of digestives collected in a complete “grappa” ” It also has special menus for people with food allergies and fun dishes for the little ones to enjoy the best Mediterranean food in their own way.

In addition to its exquisite dishes and a wide selection of Italian wines, its privileged terrace overlooking the Atlantic will also allow you to observe the beauty of the city that saw the birth of tourism in Spain: Puerto de la Cruz; ideal to enjoy the sunset and the tranquility of the night in this corner of the island.

Choose from the best traditional Italian foods as you are swept away by the stunning sunset at our Il Pappagallo restaurant. We offer a unique experience for the senses. The creation of these delicious pasta dishes can be observed by diners as they enjoy the best wines and breathtaking views.

Considered to be one of the best Italian restaurants in Tenerife, Il Pappagallo maintains the tradition of preparing its classic specialities right before guests. It also reflects the soul of the Mediterranean thanks to its stunning views of Puerto de la Cruz and the ocean.

This unique experience for the eyes and palate is topped off with a magnificent wine list that includes an extensive selection of the best Italian wines and the gorgeous sunsets from the restaurant’s open-air terrace in the summer.

Delicious pasta recipes served with succulent garnishes, exquisite service and an atmosphere that conveys the freshness of the Mediterranean. Our famous Italian restaurant offers an unforgettable experience.

Dress code:
As from the 6.30 pm, we do not allow sportswear neither sports/beach footwear in the bars or restaurants (This incl. sandals and/or open shoes for the Gentlemen). To maintain the exclusive atmosphere of our restaurant The Oriental, shirt with collar is required and we appreciate jacket and tie.

How to get to Hotel Botanico in Tenerife

Thanks to the modern roadway infrastructure in northern Tenerife, it’s easy to get to our hotel, no matter which of the island’s airports you fly into.

Los Rodeos Tenerife North International Airport is only 15 minutes by car. To reach the hotel, you can hire our convenient limousine service or use the permanent taxi service that has a stop by the entrance of Hotel Botanico.

If you arrive at Reina Sofía Tenerife South Airport, the drive takes approximately 40 minutes along the modern roadway network and guests have the option of hiring our private transfer service that will bring them to the hotel.

Los Rodeos Tenerife North Airport is only 15 minutes by car. The directions to reach Tenerife’s Hotel Botanico from this airport are as follows:

Follow the signs indicating Puerto de la Cruz and then Hotel Botanico. Go straight along this road and then turn left at the second traffic light.

Upon exiting the airport, take the TF1 motorway towards the capital, Santa Cruz. After approximately 55 kilometres, you will reach the town of Santa María del Mar and the motorway will merge with the TF2 (after the bridge) towards the city of La Laguna/North Motorway.


How to hire a private transfer service to Hotel Botanico

For your convenience, you can book our chauffeured private transfer service that will pick you up at any of Tenerife’s airports in a luxury vehicle.

To hire this service, simply contact our reservations department and specify your arrival date, flight number, number of passengers and destination airport.

If you prefer to arrange your own transfers and hire a car for the duration of your stay in Tenerife, feel free to also ask us to recommend one of our reliable car hire agency partners. 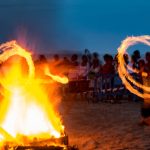