Hotel Jardin Tropical Tenerife, located in Costa Adeje officially presented its new image, a work done by interior designer Jaime Beriestain. The renovation of this establishment, property of the HI Partners group, recently acquired by the financial group Blackstone, has included the reform of rooms, common areas and has placed the focus on raising the level of its gastronomic spaces, one of the main assets of this resort


The presentation ceremony was attended and attended by the President of the Government of the Canary Islands, Fernando Clavijo; his counterpart in the Cabildo of Tenerife, Carlos Alonso; the mayor of Adeje, José Miguel Rodríguez Fraga; and the president of Ashotel, Jorge Marichal; as well as the CEO of HI Partners, Alejandro Hernández Puértolas; and the hotel manager, Saad Azzam Faris. Also attending were representatives of other hotel groups on the island and businessmen from the south of Tenerife, in an evening marked by the quality of the musical performances and its gastronomy.

The hotel’s renovation strategy, managed by My Way Hotels & Resorts, includes the creation of the new exclusive accommodation concept called ‘The Club by Jardín Tropical’. Staying in one of the 90 rooms of this space happens to live a unique experience, in which all the details are taken care of, thanks to a personalized and exquisite attention. Also, this new philosophy includes a boutique hotel within the resort, with spaces, rooms and services clearly differentiated from the rest of the offer of the establishment, with private reception, lounge with snacks & drinks, daily free press, SunSet Terrace, reserved area in Las Rocks with Balinese beds and priority reservations in all hotel services, among other advantages.

The company has also opted to open soon a very complete wellness center. It also has a gym, ‘Ocean Gym’, with magnificent views and high level equipment.

Hotel Jardin Tropical Tenerife, an establishment committed to the environment and with an outstanding social policy, takes advantage of its original Arabic-inspired building, the work of the architect Melvin Villarroel, and its exuberant subtropical vegetation and applies a marked style of ethnic roots to many of its spaces. 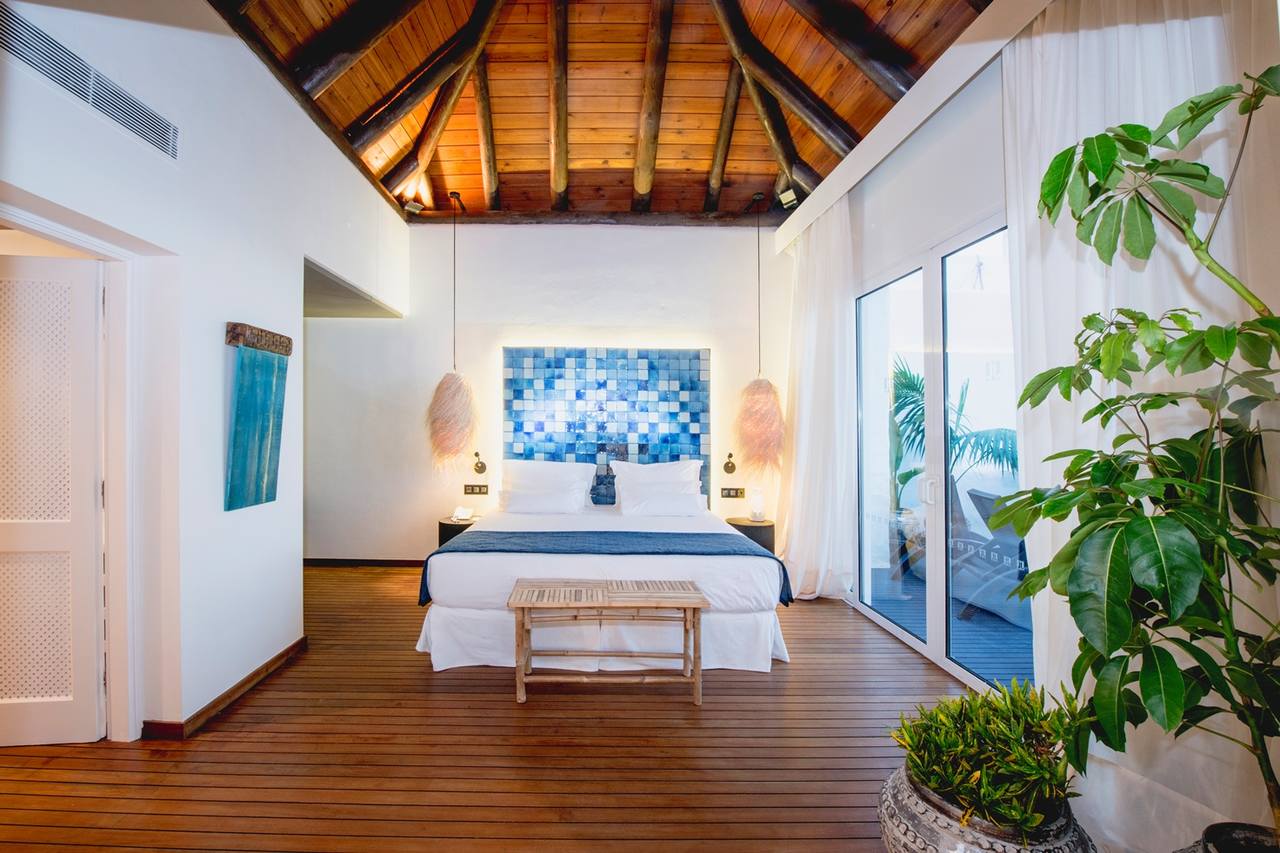 One of the hotel’s strong points are its views of the Atlantic Ocean and the island of La Gomera. Account in total with 420 rooms and suites, mostly with sea views, and more than 12,000 square meters of gardens, which inhabit more than 1,700 subtropical species. In addition, it has two swimming pools, one of which is located on the cliff itself and has water extracted directly from the sea.

Saad Azzam Faris welcomed the attendees and thanked the work to all the groups involved in the new commitment of the Tropical Garden has been a reality. “This is an emblematic place, a reference,” he said, and highlighted the great work of Jaime Beriestain and the special involvement of all hotel staff.

Alejandro Hernández Puértolas highlighted the hotel’s architecture and informed that Jardín Tropical was the first hotel establishment acquired by HI Partners, as well as the first of the company to carry out a comprehensive renovation. He also said that the company he runs “saw Tenerife from the beginning as a destination in which to invest with a projection of the future.”

For his part, Jorge Marichal recalled the motto that Ashotel advocated long ago, “grow inwards” as a differentiation strategy. “I am very proud that a hotel referring to Tropical Garden has also chosen the path of renewal,” he said, and highlighted the professionalism of the establishment’s staff, made up of “people who make people happy”.

The gratitude was the common note of the interventions. Also in José Miguel Rodríguez Fraga, who showed his satisfaction for the new image of a hotel in total harmony with the destination Costa Adeje: “Dynamic, leader, authentic”, summed up the mayor.

Carlos Alonso praised HI Partners’ commitment to the Canary Islands and, especially, to Tenerife. The president of the Cabildo made a parallel between the company that manages the hotel, My Way, and the famous song of the same name popularized by Frank Sinatra. “I prefer Nina Simone’s version, the best one for me, just as the firm My Way has made the best version of Tropical Garden,” he said.

Finally, Fernando Clavijo, who coincided in the analysis of those who preceded him in the use of the word, thanked the confidence of the companies that own and exploit the hotel for their commitment to this tourist destination, as well as for providing stability to the staff.

If there is a prominent concept in this renovation of the hotel, it is gastronomy, a service that the company has always cared for with special dedication and which means, on this occasion, to raise its level even more. Therefore, the establishment incorporates two new executive chefs: Jorge Peñate, at the head of the flagship restaurant, ‘Las Rocas’; and Francisco Molinero, the head of the hotel’s kitchen.

In addition to ‘Las Rocas’, which offers a contemporary cuisine specializing in fish, seafood and rice in a unique enclave on the sea, Jardín Tropical has ‘Laguna Food Market’, healthy and ecological cuisine with live culinary stations; ‘Burger & Crab’, creative dishes with crab; ‘Ugo & Vandino’, fresh bet with original dishes made live; ‘El Churrasco’, specialized in Argentinian asados; and the bars ‘Lava Bar’, ‘SunSet Bar’ and ‘Tropic Bar’, where you can taste good cocktails.

About HI Partners, Blackstone and My Way

HI Partners (Hotel Investment Partners) is a leading company in the hotel real estate sector, owns 17 establishments and 4,500 rooms. Its business model is based on hotels located mainly in consolidated tourist destinations in Spain, such as the Canary Islands, Costa del Sol and the Balearic Islands. Their interest is to acquire properties that need investment and management that meet their criteria and reconceptualize said properties, selecting the best hotel operator and executing a detailed business plan, which may include a strategic capital investment, income growth initiatives and cost optimization measures.

Blackstone is the largest real estate group in the world by the amount of assets and one of the largest Spanish hotel groups. The assets are mainly operated under management contracts with first-rate national and international operators, among others, Ritz-Carlton, AC by Marriott, Lopesán, and Meliá. HI Partners has an experienced management team with more than 50 years of combined experience in the hotel sector and an excellent track record of returns.

My Way Hotels & Resorts is a hotel management company, belonging to Grupo Timón, focused on high-end establishments, with unique identities and a high level of service. In the process of expansion to develop in key holiday destinations in Spain, currently manages two resorts in Tenerife: Hotel Jardín Tropical, owned by HI Partners, and Las Terrazas de Abama on the island of Tenerife, within the Abama resort, linked also to the Timón Group.

Jaime Beriestain (Santiago de Chile, 1969) is a famous graphic designer and interior designer based in Barcelona, from whose studio, in the form of a concept store and café located in the center of this city, he conceives and carries out many of the hotel and restaurant projects Newest in the country. Among other awards, Beriestain has received the award for ‘Interior Designer of the Year 2016’, awarded by the publication Architectural Digest. 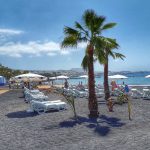 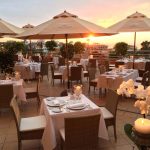