The Cabildo de Tenerife (Island Council of Tenerife), through the area Tenerife 2030, has put into operation a network based on wireless technology (wifi) in the tourist municipalities of Adeje, Arona, Puerto de la Cruz and Santiago del Teide.

This pilot project of open wifi in tourist cities of the Tenerife is already fully operational with 32 free access points.


The Insular Corporation, through the department led by the Tenerife Area 2030 adviser, Antonio García Marichal, has proposed to extend throughout the island geography an extensive network of high-speed networks that allows visitors and residents to have access to the Internet better and faster.

For this year, Antonio Garcia Marichal advances that the installation of Wi-Fi is also expanding in sports public spaces or large tourist influx, which is why the Insular Corporation has budgeted for this project 250,000 euros.

Through the Alix project, the island has been equipped with fiber optic networks that support these services. Thanks to them, Wi-Fi networks have been developed in the public domain, with a network already underway since last summer in the four touristic municipalities.

In Adeje, the points to connect are in the tourism booth of Fañabé beach and on Troya beach; in Puerto de la Cruz, in areas such as Lake Martiánez and the Fishing Pier, as well as in the coastal promenade, Arona, while in Santiago del Teide it is in the Town Hall and the Gigantes beach.

The objective is to get to know the visitors of the island better, to interact with them, and to propose an offer to them according to their needs, from the Cabildo de Tenerife. Information about the destination is provided and, at the same time, the Cabildo can know the tourist’s demand, see where he / she is browsing and which sites he visits, and adapt the offer to his / her needs and concerns.

The network began to work full in August at a navigation speed of 20 megabytes. Now it is considered to extend it to other points and areas that tourists visit massively, such as the Teide National Park, the Orotava Valley or other points of interest for the visitor.

Likewise, it has already been placed in some insular sports facility such as the Santiago Martín Pavilion, and with the next step this open and free network will benefit the fans. In addition, the project will be moved to the Heliodoro Rodríguez López stadium, owned by the Cabildo de Tenerife.

It is also intended to install this Wi-Fi network at the Tenerife Island Athletics Center (CIAT), the Santa Cruz-Ofra sports complex, among other facilities. 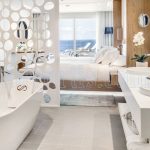 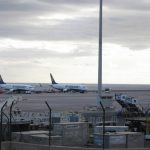 Tenerife registered 2017 year a movement of almost 16 million passengers, up to 124,000 operations of landing and takeoff, with 9.4 million seats available to fly
Advartis Tenerife Property