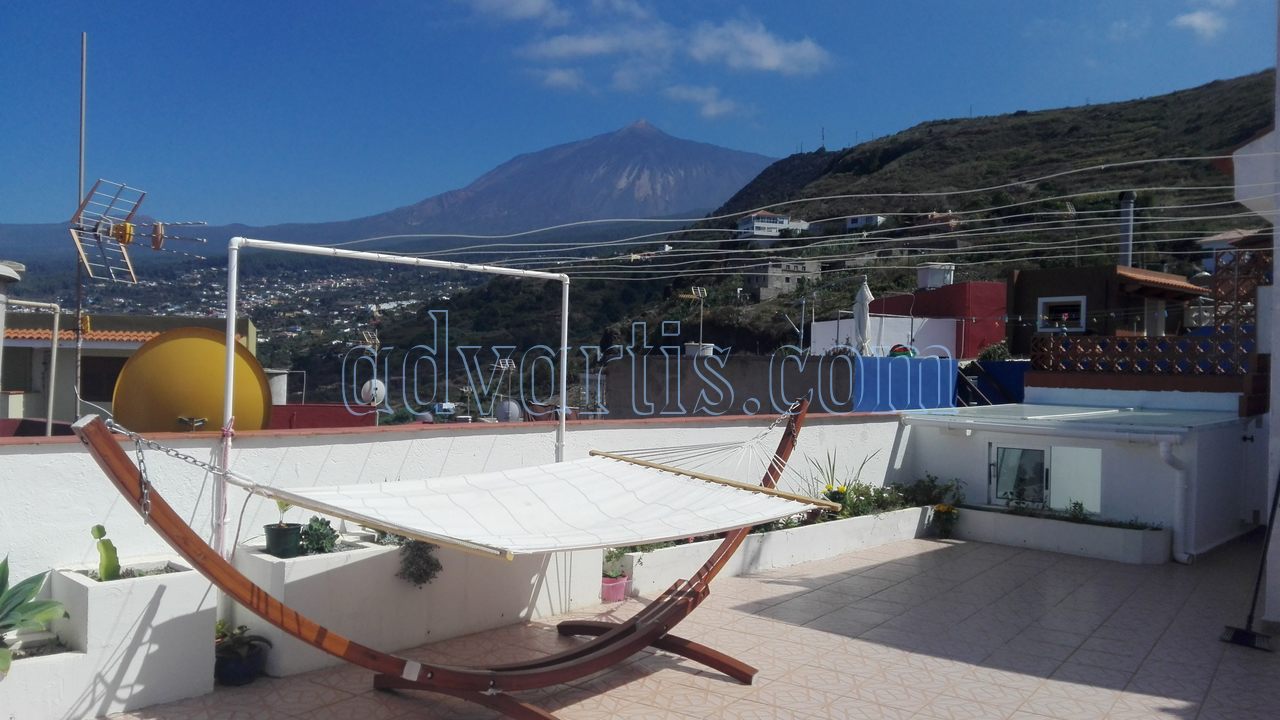 Opportunity to acquire a beautiful house which currently works as a holiday home. It has 6 bedrooms, 2 bathrooms, 4 toilets, garage, storage room, workshop, barbecue, patio with glazed roof, aluminum windows with double glazing. The house is located in a quiet area in the upper part of Icod de los Vinos with a wonderful view of the sea and Mount Teide.

The house is in good condition and is sold furnished. It has a large roof terrace ideal for sunbathing and contemplating the wonderful views of Teide, the sea and overlooking Icod de los Vinos, known as the City of Drago, for housing the famous millennial Drago of Icod de los Vinos, one of the most emblematic symbols of the island of Tenerife. The old town has been declared of Cultural Interest due to its historical importance and also houses a commercial area and all pharmacy and medical services

The municipality of Icod de los Vinos lies in north-western Tenerife on an expanse of approximately 90 km2. Here is where the Millenary Dragon Tree stands (Dracaena draco), which was declared a National Monument in 1917 and is believed to be 800 years old. The municipality’s economy was traditionally based on vineyards and fishing, which has of course influenced the local gastronomy: Potatoes with mojo sauce, salted fish, grilled meat, fine wines and hand-made cheeses.

On the coast you will find the beach of Playa de San Marcos and you mustn’t leave without visiting the lava tunnels of Cueva del Viento. You will also see that Icod de los Vinos affords one of the loveliest views of Mount Teide, Spain’s highest peak.

Enquire about this property

We would love to hear from you! Please fill out this form and we will get in touch with you shortly.