Much of the tourist success of Tenerife is due to the improvement of air connectivity with companies, which has allowed to reach the figure of 154 destinations and 94% of visitors arrive in direct connection, this week the island councilor has highlighted of Tourism, Alberto Bernabé.


A movement of almost 16 million passengers, 124,000 operations of landing and takeoff or 9,4 million seats available to fly to the Island are some of the figures that give an idea of ​​the importance of the island’s airport system, which places Tenerife at the height of European airports such as Dusseldorf (connects with 190 airports); Madrid (187), London Heathrow (180) or Barcelona (164) in terms of the number of connections (154). 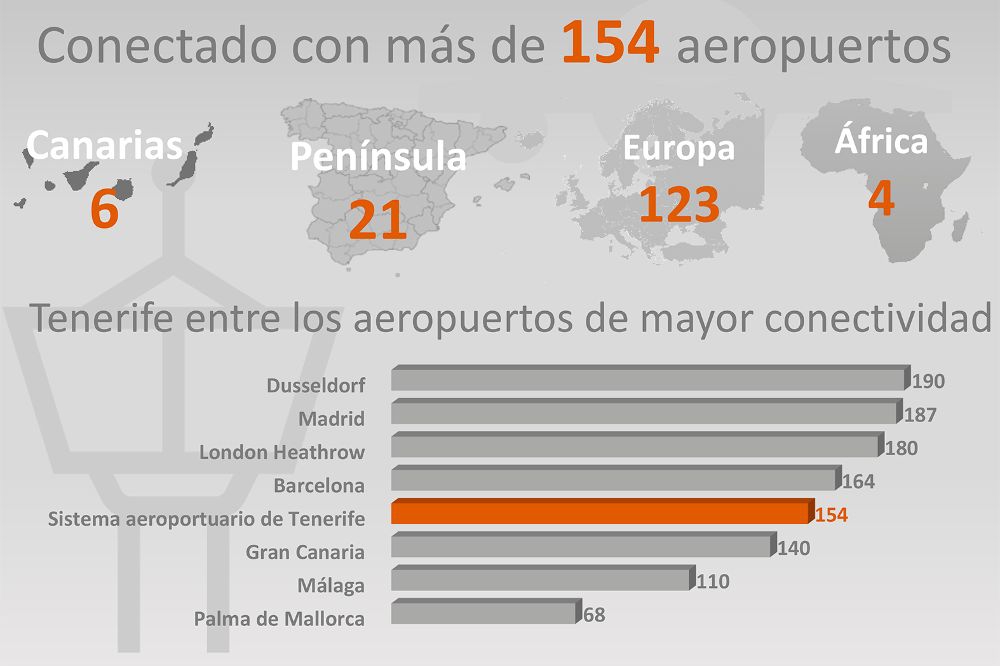 
Thus, according to the latest data from Tenerife Tourism, the Island has 319 routes connected with 154 destinations operated by more than 70 companies, some new ones like Ural Airlines (San Petesburgo), Sund Air (Kassel routes, Tegel) or Air Europa in the intersinsular market (Tenerife / Gran Canaria).

The 38 new connections released in 2017 represent more than 227,000 new arrival places per year, to which must be added the increases in the offer of operators in their usual routes. Of these connections, four were not operated the previous year: Lisbon-TFN; Vitoria-TFS, London Heathrow-TFS and Granada-TFS.

According to the Island Corporation, the notable increase in connections corroborates the commitment of the airlines for the destination and also the work that Turismo de Tenerife develops in capturing new routes that in 2017 was rewarded at the recently held Routes Connectivity Forum. in Barcelona with the award for the second worldwide destination in route acquisition.

Among the new connections with Europe, we should highlight the start-up by British Airways from London Heathrow with seats in the bussiness category, which will increase the arrival of travelers with high purchasing power from the United Kingdom, our main passenger travel market.

The Binter route from Lisbon was also recently inaugurated; Jet2 from London Stanted; Norwegian from Dusseldorf; Easyjet from Naples or Vueling from Nantes, among others.

With the Peninsula, in addition to the aforementioned, there is Vueling with La Coruña-TFS, or Norwegian from Bilbao-TFS and, in the inter-island market, the entry of Air Europa into its connection with Gran Canaria from TFN and those of CanaryFly with Fuerteventura and El Hierro with TFN.

This Monday it was announced that Tenerife will have for the first time a direct flight with Israel, from March 27 2018, a route that will operate Smartwings. It will also debut another 9 routes with Europe and consolidate those already started in 2017, and from Tenerife Tourism will continue to work to achieve the direct flight with New York.

Tenerife faces several challenges in 2018 that it must resolve to strengthen its hegemonic position as a tourist destination. One of them is to face the situation of recovery of the destinations in the Mediterranean area, Turkey, Egypt and Tunisia, which will cause a reduction in tourist flows in some of our main issuers. At the same time, the Island must consolidate the products created in the market and continue with the equipment to develop new offers, highlighted by the Cabildo. Contribute to improve mobility on the Island; maximize the benefits of tourism in terms of profitability and employment; the training adapted to the needs of the sector; the construction of a new Tenerife South terminal to maintain the quality of this infrastructure; continue with the housing renovation and investments for the improvement of public spaces or technological development in the sector are some of the challenges that must be overcome by the tourist sector of Tenerife, to strengthen its leadership in the field. 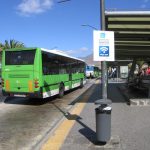 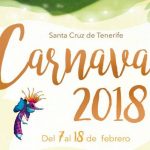