Canaries has left behind a month of May that, together with those of 2003, 2005, 2012 and 2015, is among the five warmest months since 1920, with temperatures more typical of the summer that in some points of the archipelago came to touch the 36 Degrees, according to data from the State Meteorological Agency (Aemet).


Last month, average temperatures on the coast were around 22-24 degrees; In the midlands they were between 14-18 degrees, and in mountainous areas between 6-14 degrees, reason why a summer atmosphere was lived.
The thermal behavior of May, in the same line as April, turned out to be very warm (MC) in 40% of the territory and extremely warm (EC) in another 40%; Warm (C) in 15% and normal in the remaining 5%.
The thermal anomaly has been, on average, 1.3 degrees, although at altitudes above 2,000 meters it has exceeded 3 degrees. Thus, the average temperature of May 2017 is the highest in the meteorological stations of the airports of Gran Canaria (with data from 1951), La Palma (1970), Tenerife South Airport (1981) and the second highest in the observatory of Santa Cruz de Tenerife (1920).
During the whole month temperatures were above normal values, being especially anomalous in the warm episode that goes from day 10 to 19. Between the 15 and the 18 were registered own temperatures of end of July or of principles of August, With maximums of more than 30 degrees at altitudes between 0 and 1,000 meters from the southeastern slopes of Gran Canaria, Fuerteventura, Lanzarote and Tenerife. In Araya (Candelaria), at 525 meters of altitude, the maximum reached 35.8 degrees on day 17.
During the night, the minimums did not fall from 22-23 degrees in Pájara, San Sebastián de La Gomera, El Matorral (San Bartolomé de Tirajana) and Agüimes, all of them between 0 and 300 meters of altitude. For its duration, it is the second longest warm episode in a month of May since 2011, behind that of May 2012, which chained twelve consecutive days of anomalously high temperatures.
In the period between 2011 and 2017, May is the month of the year that presents a higher percentage of days with anomalously high temperatures: 25%. It follows October with 18%. In the coast eight tropical nights have been observed, eight times the expected number, a record value that shares with May 2012; In the midlands, none were recorded.

May has been normal, in general, although it varies greatly by zones. The precipitations were concentrated in two episodes. The day 4 is generated by a very weakened cold front that leaves rains (4 mm) in 50% of the seasons, more copious in the middle (20 mm). The second occurs on day 11.
It also rains in the middle of the seasons. They are rains little copiosas (3 mm) provoked by flow of the west in surface and the passage of a trough in superior levels. In Lomo de Mena (Güímar), however, heavy rains of almost torrential intensity are recorded during several hours of the night.
The rainfall of the hydrological year has a deficit of 26% in the Canaries, more accentuated in Tenerife, where only 61% of the expected amount has rained.

The area with the most wind should have been the southeastern coast of Gran Canaria, but there it has blown with only 80% of its strength. In Izaña, on the other hand, it has done so with 8% more, and that is where the wind has blown, on average, with greater speed (26 km/h).
Also in Izaña, the maximum gust was recorded at 125 km / h, on the 9th. As for sunshine, the stations at the airports of Tenerife Norte, Fuerteventura and Lanzarote have deficits of 25%, 10% and 2%, respectively.
In the rest there is a slight surplus between 2-10%. As in 77% of the months of May, in this one of 2017 were observed intrusions of calima. A total of two, one on day 12, only observed in mountain areas, which reduced visibility up to 500 meters, and another on days 18 and 20 in Fuerteventura and Gran Canaria.

Foreign tourists spending has grown 12.9% in Canaries until April 2017 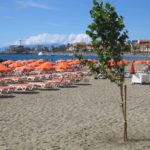 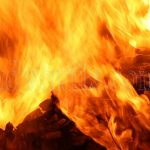