Playa Fanabe is getting ready for the shortest night of the year!

Adeje Council is reminding people that they need permission from Costas or the Council to celebrate with bonfires
Playa Fanabe is getting ready to celebrate the shortest night of the year – June 23rd – when San Juan is celebrated, welcoming in the summer time with bonfires and traditions. 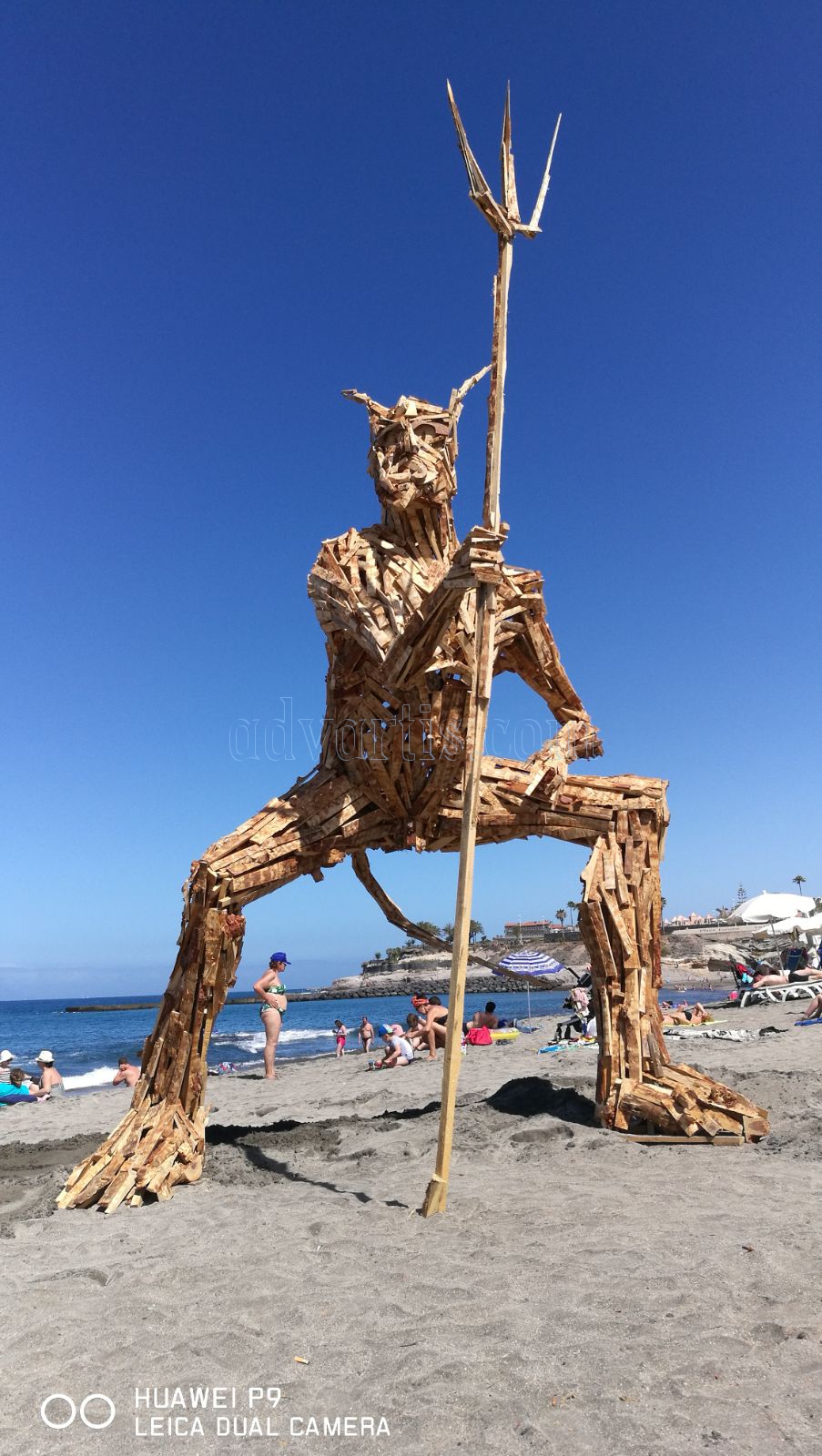 The Adeje department, under the direction of councillor, Ermitas Moreira García, and in partnership with Urb. Playa Fañabé S.A., the company who run this beach, is preparing the traditional bonfire and will burn a 5 metre sculpture created by Italian artist Luigi Stinga. The celebrations begin at 7.30pm and will include performances and live music and the bonfire will be lit after 10pm.

As well as this bonfire, and with the correct authorisation (which is from the Coastal department for beach bonfires), members of the public can also build their own bonfires. If the fires are not on beaches, permission must be sought from the Adeje council. The form you need to fill in can be downloaded online from the council page, adeje.es and presented at the citizens’ advice office. There is no cost for this service, and you must include where the fire is to be built, and include a copy of your personal documentation.

The procedure is to guarantee the public’s safety and the council urges people to respect this rule and take all the appropriate security measures to ensure that the evening is one that is enjoyed by all. 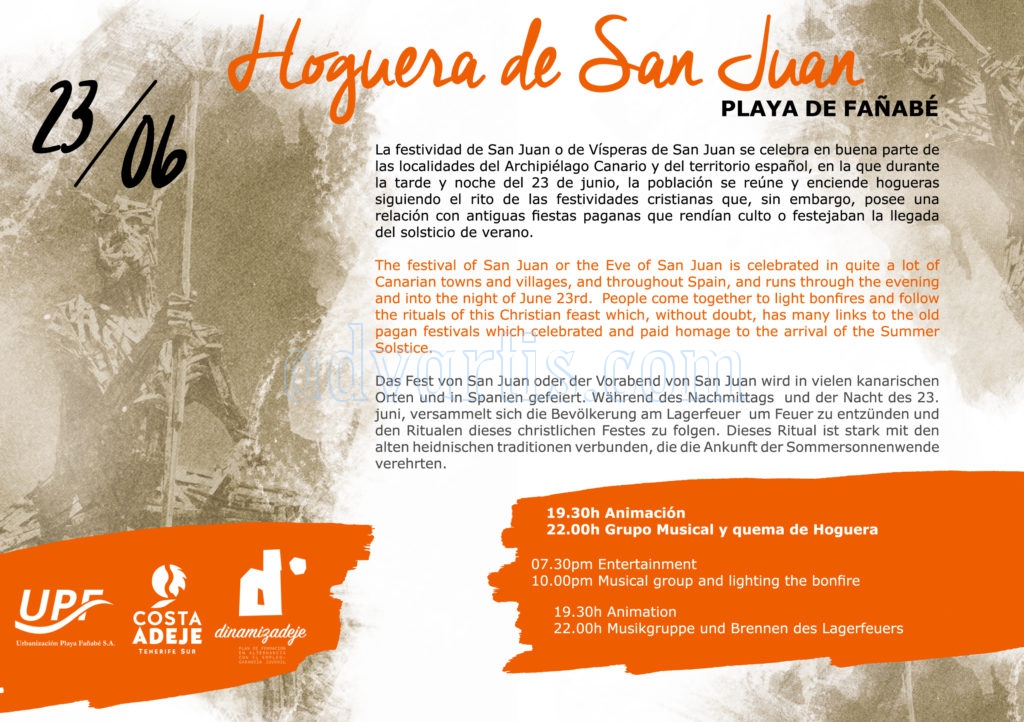 Celebrating San Juan is a big thing on Tenerife, especially in places where traditions are strongest and reach back centuries. Its origins lie with the island’s aboriginal people the Guanche who, like many primitive civilisations, believed that the sun cast powerful magic when it was at its midsummer peak. Another name for the San Juan celebrations is the Fiestas of the Sun.

Festivities begin on the 23rd June, the eve of San Juan; a night of fire festivals and love magic when the twin elements of fire and water have potent qualities and, legend has it, whatever is dreamed will come to pass. In towns on Tenerife’s northern slopes, figures, festooned with flowers, and bonfires are set alight; the Guanche believed flames from fires added strength to the sun. In some towns in the Canary Islands young men practice the custom of leaping over bonfires to demonstrate their prowess… which is left in tatters and slightly singed if they don’t actually clear the flames.

All over Tenerife, people take to the beaches, or light fires in the hills, to celebrate. What form that celebration takes varies from location to location. In less traditional areas it can be more of a casual beach party. In other places there are more obvious links with age-old customs. 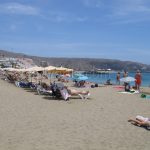 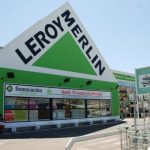 Leroy Merlin will invest €25M in the construction of a new store in Adeje, Tenerife
Advartis Tenerife Property