The low-cost airlines transported 465,069 international passengers in the Canary Islands in January, 20.9% more than in the same month last year, according to data released Friday by the Deputy Directorate General of Knowledge and Tourist Studies, Of the Ministry of Energy, Tourism and Digital Agenda.

THE ‘LOW COST’ MADE 2.2 MILLION INTERNATIONAL PASSENGERS IN ALL SPAIN

Meanwhile, in the whole of Spain, low-cost airlines carried 2.2 million international passengers in January 2017, representing a 17.8% increase over the same month of the previous year.
Asimiso, the traditional companies transferred to more than 2.4 million passengers in January 2017, 17.8% more than the same month of 2016, of the total of 4.6 million international passengers that arrived by plane, 11.9 % More than a year earlier.
As a result, low-cost airlines accounted for 48.3% of the air traffic in the first month of the year, compared to the traditional ones, which commanded 51.7% of travelers.
Among the low-cost airlines Ryanair, easyJet and Vueling continue to lead the ranking, concentrating 70% of the volume of low cost passengers and 33.8% of the total international air traffic flow in Spain. All showed remarkable ascents, according to the agency.
In January 2017, the main countries issuing international passengers to Spain showed a very positive evolution, as did the autonomous communities, with the exception of the Balearic Islands.
76% of the total flow came from the European Union, experiencing an increase of 12.4%. The rest of the flow, 24%, experienced an increase of 10.3%.

British airports were the starting point of 31.1% of the passengers received in Spain at low cost, with a 20.3% increase, which had a favorable impact on all communities with greater low-cost airlines inflow. The United Kingdom was also the origin of 20.9% of passengers on international flights to destinations in Spain in January, up 16.5%.
Similarly, in the case of Italy, the increase affected all the autonomous communities with more air traffic. Of this market came 9,1% of the international passenger flow received in January.

CATALONIA AND THE CANARY ISLANDS, THE MOST BENEFICIATED

In January, Catalonia accounted for 28.9% of low-cost passengers (647,752 passengers), up 12.4%. It also highlights the Canary Islands, which received 20.7% of travelers to 465,069 travelers, 20.9% more. And in third place is the Community of Madrid, with 15.6% of visitors to 349,534, 10.7% more.
With regard to total traffic, the Community of Madrid was the destination that received the most international arrivals, accounting for 29.5% of the total international air flow. In terms of year-on-year increases, the most notable increase was Andalusia (+ 22.3%). 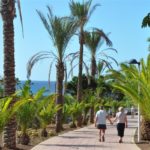 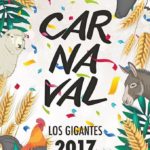