The south of Tenerife has closed 2016 with a growth of tourists of 6 percent for a global figure of 4,314,505 housed, according to the Statistics of Receptive Tourism of the Cabildo, analyzed by the Department of Tourism Research of Tenerife.


These good results are registered thanks to the increase of clients in the hotels in the area, which receive a total of 2,792,473 customers, 8.9 percent more than the previous year, the Cabildo reports in a note.
In the case of non-hotel establishments, which housed 1,522,032 tourists, growth is 1 percent higher than in the previous year.
The Cabildo president, Carlos Alonso, values ​​the good evolution of tourism in the area “although these results, far from making us fall into complacency, encourage us to continue working together with the private sector and continue to bet on the quality of Destiny to maintain our leadership position. ”
In this line, the island’s tourism adviser, Alberto Bernabé, recalls that thanks to the tourist activity, “Tenerife invoices around 12 million euros a day, which gives an idea of ​​its importance as a key sector of the economy “.

In relation to the southern part of the island, which is the most important in terms of the number of lodgers, Bernabé emphasizes in particular the good evolution of international tourism in general and the two main foreign emitters in particular (Great Britain and Germany) Results that make us optimistic about the balance of the winter season. ”
Overnight stays registered in accommodation establishments increased by 5.3 percent for a total of 34,361,237 stays. The average stay, which stands at 7.96 days in the year, is reduced by 0.05 points.
The housing establishments in the tourist area of ​​southern Tenerife have an average occupation of 73.6 percent, 6.4 percent higher than the previous year.
In the case of hotels, the occupancy figure rises to 83 per cent, which means a growth of 5.5 per cent, while non-hotel establishments have a 61.8 per cent occupancy rate (+6.1 per cent) . 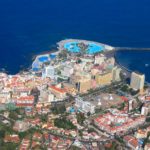 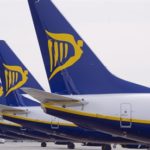