The average price of second-hand housing in the Canary Islands in January 2017 reached 1,380 euros per square meter, a rise of 0.36% compared to last December. The increase compared to January 2016 was 6.01%, the highest increase in Spain.

According to the monthly sales price of pisos dot com, in the whole of the country, the price reached this month the 1,543 euros per square meter, which is a fall of 0.17% compared to last December, when the price per unit area was 1,546 euros. The cut compared to January 2016 was 0.14%.


The current behavior of housing prices is, according to the general director of pisos dot com, Miguel Angel Alemany, “a clear reflection of the stability that is shining in the housing market.” For the head of the real estate portal, it is important that this indicator throw “little showy” percentages in order that the road to a new real estate cycle is “smooth and without start.”

“It has taken a long time to win back the confidence of the demand, and there are still many places where the buyer is weighing the suitability of the investment,” said Alemany, after indicating that the fluidity of mortgage credit is boosting the closing of Solid and guaranteed purchase and sale transactions, with a “really low” default risk.
In the monthly report of pisos.com, the most expensive regions in January 2017 were Basque Country (2,629 euros per square meter), Baleares (2,231 euros) and Madrid (2,038 euros), and the cheapest ones, Castilla-La Mancha 903 euros), Extremadura (1,096 euros) and Murcia (1,189 euros).

A very big swell rushed over the Canary Islands on Saturday, January 28 2017 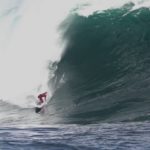 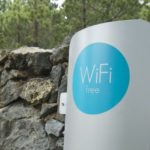