Tenerife’s Tourism Councilor, Alberto Bernabé, says the journey is viable. “We want to see the connection in this mandate. We will not stop persevering until we achieve this,” he says.

“We have been trying for a long time to cross the great Atlantic and reach the North American market. This is the following transgression of what we want to achieve: a transoceanic, tourist flight from New York to Tenerife.” Thus was expressed yesterday, in declarations to EL DÍA, the insular adviser of Tourism, Alberto Bernabé.


“We do not like to sell the bear’s skin before hunt, but we are convinced that this flight is viable, and we will end up seeing a plane landing in Tenerife from the United States”.

In the case of New York alone we speak of 18 million people and the transformation of Tenerife into this high five-star segment is a destination that will not replace Hawaii or Dominicana but we think we can start with a couple of weekly flights and, in such a large market, there is room to offer an alternative destination in an avid market of products very similar to Tenerife.

The flight New York to Tenerife would help consolidate the North American market, which continues to “grow and have a lot of purchasing power.” He added that “there are many groups of North Americans who visit us, and they take an impression of the island exceptionally positive.That is our main strength. The American market values uniquely the attributes that Tenerife has, more even than we are aware”. “We’re not going to stop persevering until we see that flight going,” he said.

Bernabé also made it clear that the Cabildo’s behavior to attract more connectivity, more frequencies and new direct routes “will continue to be a matrix strategy of Tenerife Tourism and the Corporation. What the client wants today are those direct flights, it is a little anachronistic to offer five stars or five stars great luxury and that you can only come to Tenerife in low cost or through a tour operator. Even when we improve the connectivity not in that they come more frequencies, but that the route operates with a business cabin, then the destination is also gaining, since it is qualifying more the same connectivity, that is, not just more aircraft, but better aircraft because they incorporate business.

Tenerife’s Tourism Councilor recalled that British Airways was “the first airline to fly to Tenerife, and we already have two million Britons visiting Tenerife.” Changing the company culture to a company like British was not easy. Lufthansa, Brussels Airlines, Ryanair and, now, Alitalia.” Distance from New York to Tenerife is approximately 5340 kilometers.

“Tenerife has broken the rules of the game and that has made us big”, Bernabé said. 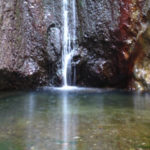 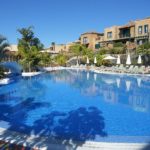