The arrival of tourists at the end of 2016 will register an increase of 10%, according to the insular adviser Alberto Bernabé. The growth in the British and German market stands out.


“Everything indicates that we will close the year around a 10% growth compared to 2015. That is a rise that can be qualified as spectacular, since it was in no forecast to grow at rates above 2% or 3% Which is what we could aspire to a year ago, and all forecasts have been almost tripled by the excellent performance of demand. We will beat our historic record.” Thus was expressed, in declarations to EL DÍA, the councilor of Tourism of the Cabildo of Tenerife, Alberto Bernabé.

In its opinion, Tenerife is “fashionable, and in the point of view of many millions of European customers who want a destination with the characteristics offered by this Island, that is, quality, prices, proximity, climate, variety and security in the Most literal sense of the word “. He added that “with total security 2016 will be a record year in terms of the number of tourists in the history of tourism in Tenerife. We will be very close to the six million tourists, specifically expect to close with 5.7 million. We have never exceeded that figure”.

Bernabé noted that “the British market shines with its own light, it grows at a rate of over 20%, which is a bit of a bummer, and the biggest one is the bigger market, which is one of every three tourists we have.

According to Bernabé, British tourism is spending less and “there is a phenomenon that was already foreseeable, they adjust their budget to stay.” We have to be aware that brexit will undoubtedly affect us is doing”.

The insular adviser stressed that “we are very excited about the growth of three markets in the middle of the table are French, Italian and Dutch, have been improved thanks to connectivity and direct flights as is the case of Alitalia with Tenerife. Markets that will continue to give us joy.”

He stressed that “we are particularly proud of the German market, the second most important, this year it has recovered and we are above 10% and its growth will consolidate in the next few years.”

From the Russian tourism said that “it had been four years in free fall and, for the first time in 2016, we will close it in positive.The darkest stage we leave behind.It recovers at a slow pace.This year we will end up around 10% more” .

Bernabe also noted that Nordic tourism, despite the boom in Tenerife, is “the only market that not only does not start but even reduces its numbers.” Of the 17 markets we work with, this one looks for a product that in other islands Tenerife is specializing in 4 star hotels and, lately, in 5 star luxury and great luxury. Norwegian tourism is favored by the classic apartment. 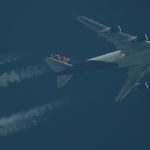 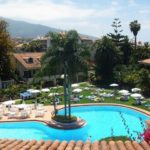