The visitors increased by 10% compared to data from early 2015

Tenerife registered in the first quarter of this year a record of tourists, with over 1.8 million staying on the island between January and April. “It is the largest tourist influx in a quarter of all the history from which data are available,” the president of the Cabildo, Carlos Alonso, who number customers increased in this period by 10.6% over the previous year.

For the hotel segment, the increase comes to 13.5%, with particularly good results in the hotels of four and five stars. Growth in non-hotel establishments is more moderate, standing at 4.9%.


Alonso also assessed the positive behavior of almost all source markets, with increases in both domestic and international customers, “figures that are also accompanied by good data regarding employment in the sector, more contracts, more affiliations Security social and lower unemployment. ”

Meanwhile, the island’s Minister of Tourism, Alberto Bernabe, highlights the strong dynamism of the main source market, the UK, which takes six months of growth ranging between 17% and 28%. “These data affects not only the downturn of some destinations in the Mediterranean area but also improved the British economy, with good results in their labor market and record employment rate”.

Barnabas also advances the recovery of the Russian market “is becoming a reality, with two months of positive records on the island although still far from the figures Tenerife accumulated before the crisis in this market.” On the other hand, the insular counselor notes that the German market “also consolidates its dynamism in the last three months after the beginning of the winter season with some uncertainty.”

British tourism increases its affluence to the island by 21.7%, with a cumulative figure of 627,837 housed in the first four months of the year. The German market, meanwhile, recorded a figure of 229,910 tourists until April, with a cumulative growth of 8.3% from the same period last year.

In the case of the Russians, recorded a slight increase of 0.2% in the period for a total of 25,873 Russians and two months staying longer alojativo growth after two years of losses in the Russian tourism has been reducing its presence in Island continuously.
The downside of the quarter put the Nordic issuers, which fell by 8.9%, and the Austrian tourism, accumulating a drop of 2.5% in the quarter.

As for the main tourist areas, the South Tenerife accumulates in the quarter tourists increased 9.1%, with a figure of 1,411,915 staying in tourist establishments. For North, the first four months of 2016 are settled with an increase of 15.5% for a total of 306,765 tourists.

The municipality of Adeje was the tourist spot with highest occupancy in April in Spain. The town in southern Tenerife maintained an occupancy rate above 80% last month. According to data provided by the National Statistics Institute (INE), Arona ranks seventh in a table that with the exception of Benidorm, all municipalities are canaries. Puerto de la Cruz, who won in April a higher degree of occupancy 75% also appears in ninth place in this list.

In April alone they visited Tenerife 287,558 people, of which 229,444 were foreigners, compared to 58,114 mainland visitors. The occupancy rate of the hotel establishments throughout the island remained throughout the month above 76% when taking into account the number of places available, but rises to over 80% compared to the number of rooms. Last month the average stay on the island was just over nearly seven days. 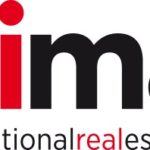 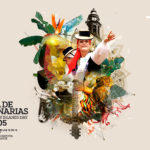