It’s a celebration that reflects canarian identity with events in traditional costumes, dancing, folk music, traditional sports and games exhibitions like ‘salto de pastor’ (the shepherds leap) and canarian wrestling, local cuisine and many representations of traditional life on the islands. It reflects the past culture and preserves it as well as creating new ways of expressing life and living in the Canaries.


If the islands’ inhabitants are known for anything, it’s for their enormous sense of pride at having been born or being lucky enough to live here in the Fortunate Isles. So, it’s no wonder that Canarian Day is celebrated to the max, with traditional costumes and activities held in most towns and villages throughout all seven islands.

Most people are familiar with at least some favourites of Canarian cuisine, whether it’s papas arrugadas (salted boiled potatoes), or the famous red and green mojo sauces, but do you know any traditional Canarian sporting activities?

Here are three you may or may not have heard of:

Dating back to the Canarian aborigines, the Guanches, Canarian wrestling is thought to be one of the oldest types of wrestling in the world and consists of two adversaries standing facing each other, grabbing onto each other’s sumo-style pants and attempting to topple their rival during a time period of 90 seconds, without leaving the circle marked on the ground. You can use a number of techniques and any part of your body except the soles of your feet to try and achieve your mission. It doesn’t sound very complicated, but with no hitting allowed, it’s actually harder than you think. Great fun to watch though!

Due to the islands’ unique topography, people living in rural areas, especially shepherds, needed to find ways of moving around and overcoming obstacles such as ravines, cliffs and ridges, when they were out with their livestock, which is how the so-called “Shepherd’s leap” came into existence. The technique has given rise to a number of fun games that show just how skilled the shepherds were in using their crook. During Canarian Day celebrations it’s quite common to see demonstrations of the technique, in which anyone is encouraged to take part – but don’t worry, beginners can start on soft ground, you don’t have to cross canyons!

“Lifting and pumping the boulder”

Another practice dating back to the Guanches, who used this “lifting the stone” tradition to demonstrate their strength. There are two parts to this “sport” – the first is the levantamiento or lifting, in which you pull the boulder up to your stomach then on past your chest to your shoulders. If you manage to lift the rock above your head, it is known as “pulseo del la piedra” – pumping the stone. Other variants of this activity included seeing who could throw it the farthest or who was able to walk the longest distance carrying it. It was all a brut show of force, of course, however the technique used to grip the boulder often had more to do with success than the strength of the person. It’s not what you do, it’s the way that you do it, as the saying goes!

If we’ve aroused your curiosity and you’re keen to find out more about some of the Canaries’ many wonderful traditions, you have a date to put in your diary for Monday 30th May in Activate!

Tenerife registered in Q1 2016 a record of tourists 1.8 million 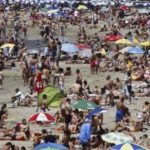 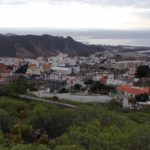