In this way, the ‘Kingdom of Water’ continues to celebrate after being also considered the Best Water Park in the World with the TripAdvisor Travelers’ Choice Award for the sixth consecutive year and Best Water Park in Europe at the European Star Awards, in this case , for the eighth time.


The company has explained that this second edition of the awards was held in Paris and was once again a success by allowing the best operators, suppliers, manufacturers and entertainment specialists in Europe not only to apply for an award, but also to nominate other companies Featured for recognition.

Thus, Siam Park has been the winner for the second consecutive year for continuing to be rated as the best according to visitors, for the quality and comfort of its facilities, its world-class thematization and the events held year 2019.

Launched in 2018 by Datateam Business Media in association with Park World magazine, the Park World Excellence Awards has been cited as ‘an awards scheme with a difference’, allowing the very best operators, suppliers, manufacturers and entertainment specialists from Europe, the Middle East and Africa (EMEA) to not only put themselves in the running for an award, but also nominate other outstanding companies for an accolade.

This event honours the EMEA attractions industry’s premier talents and recognises exceptional operators, suppliers, manufacturers and entertainment specialists from across the continent.

With a format that reflects the dynamism of this unique sector (combining the opportunity for you – the industry – to shine a spotlight on the best and an expert judging panel to decide the winners), these Awards truly celebrate and define excellence.

Wizz Air will connect Tenerife with Warsaw from June 2020 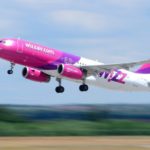 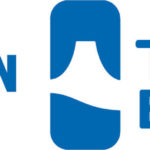