The average price of free housing in the Canary Islands rose by 4% year-on-year in the fourth quarter of 2018, reaching 1,484.8 euros per square meter, according to statistics on the assessed value of housing published by the Ministry of Public Works.


In the whole of Spain, the free home price rose 3.9% year-on-year, to 1,618.8 euros/m2. According to these data, the price of free housing has experienced a quarterly increase of 1.8%. After 26 quarters of year-on-year declines, started at the end of 2008, this figure represents the fifteenth consecutive quarter of nominal price rise.

In real terms, that is, discounting inflation, the price of free housing has increased by 2.2% compared to the same quarter last year.

According to the historical series of the statistics, the average value per square meter of the fourth quarter of 2018 is 23% lower than that registered in the first quarter of 2008, when maximums were reached.

On the other hand, from minimums, which were reached in the third quarter of 2014, the price has recovered by 11.2%. In real terms, taking into account the change in the CPI, the current price reflects a drop from 33% maximums.

In relation to the protected housing in Spain, the average price per square meter in the fourth quarter of the year stood at 1,127.1 euros, which is a drop of 0.1% over the same period of the previous year.

On the other hand, the number of real estate appraisals used to calculate the house prices was 137,424. 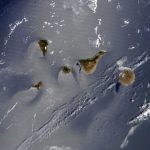 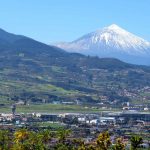