German tour operator TUI has included five hotels and non-hotel establishments in Tenerife year 2018 among the hundred best hotels in the world. The TUI Holly award is of great importance to hoteliers, as it measures the level of satisfaction that customers reflect in a survey they fill at the end of their stay.


The five award-winning Tenerife hotels, all associated with Ashotel, are Adrián Jardines de Nivaria, Tigaiga, Botánico & The Oriental Spa Garden, Bahía del Duque and Ambassador Apartments, all awarded in the previous edition, except Bahía del Duque, which incorporates this year after receiving it in past years.

The fourteen awards granted in total to the Canary Islands place the islands as the third most awarded destination in the world, after Turkey (28) and the Balearic Islands (15), outstanding positions if we take into account that the two Spanish archipelagos compete as destinations with countries complete as the leader of this classification or others such as Greece, Egypt, Germany, Portugal or Italy, among the most awarded.

The TUI Holly, which have been recognizing the 100 best holiday hotels in the world since 1994, are a symbol of success in hotel management and include the assessment that customers make of attention, facilities, service, food or cleaning of the establishment, among other punctuable aspects. In addition, also the renovation and rehabilitation of hotels and apartments is a value that the customers extol, an aspect that is also part of one of the strategic pillars that Ashotel promotes among its associates.

The 2019 awards ceremony will take place on March 5 in Berlin, at a gala to be held as a prelude to the ITB, one of the most important tourism fairs in the world. 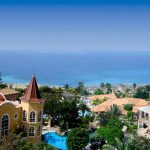 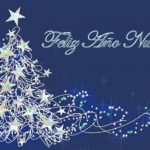