October 30, 2018 the new route of the Canarian airline Binter will start operating between the Galician city of Vigo and the Tenerife North airport. It is a connection that reinforces the links with the peninsula, the second tourist issuing market for the Tenerife.


The Councilor for Tourism of the Cabildo, Alberto Bernabé, points out that “this route will allow us to have a regular direct flight from Vigo, from where until now charter flights operated”. He adds that “the Galician travelers, and in general of the north of Spain, value the climate of the Tenerife, its gastronomy and the quality of the destination, where we can highlight aspects such as the four and five star hotel offer, among the best in Europe, or the wide leisure possibilities “.

With these new frequencies you can travel from the Canary Islands to Vigo directly four times a week, the two new ones from Tenerife plus the two that already existed from Gran Canaria (since May 3 2018), and which has had a great reception both in the Canary Islands and in Vigo. On this route, as in Mallorca, Binter offers passengers the connection with the rest of the islands free of charge. Likewise, the airline offers travelers an on-board service at no cost for which they can enjoy a courtesy menu, in line with the high levels of quality that characterize the attention given to the passenger.

The flights will be made with the new Bombardier CRJ 1000 aircraft incorporated to the Binter fleet in 2017, a reactor of high efficiency, reliability and performance with capacity for 100 passengers. The cheapest prices for the route, buying round trip, range between 34,95 euros for residents and 114,45 euros for non-residents. 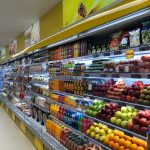 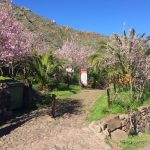