Loro Parque has once again been recognized as the best zoo in the world for the second year in a row, according to the TripAdvisor travel portal, which has awarded it the ‘Travelers Choice 2018’ award. One more year, the independent evaluations of the users of the platform that have visited the facilities have confirmed that there is no better park than this in the whole planet.

As reported by the portuense zoo, “this recognition strengthens the role of Loro Parque as a true center of wildlife conservation, whose pillars are education, conservation and awareness of its visitors on the importance of protecting the animal world and Its ecosystems There are almost 50 million people who have visited its facilities throughout its more than 45 years of history, and all have recognized the maximum welfare state of all the animals of the park.

Loro Parque has an elaborate science, education and conservation program, which has been running since 1994 through the Loro Parque Fundación and which has allocated more than 19 million dollars, directly, to the development of conservation programs. situ ‘and’ ex situ ‘. This recognition coincides precisely with the transfer to Brazil of six copies of Lear’s Macaw – one of the nine species of parrots that the Foundation has managed to save from extinction – for its reintegration into the natural environment, which is considered a complete conservation success

“With this and many other achievements in the protection of wildlife – many also species of the marine environment – Loro Parque collects the fruits of implementing a corporate policy of reinvesting all its profits in the continuous development of the company and the improvement constant animal welfare At present, we continue to bet firmly on the expansion of facilities and infrastructure, contributing to the constant generation of employment in the Canary Islands” adds the zoo.

Loro Parque wanted to take advantage of the occasion to thank its visitors, who arrive every day from different parts of the world; to the tour operators, for their important commitment to a center for the conservation of wildlife whose priority is animal welfare, and to all collaborators in the scientific field, for sharing with the Park team its mission: to protect and conserve animals and their natural habitats for future generations.”

Canaryfly revalidates leadership as the most punctual airline in the world 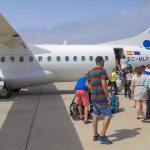 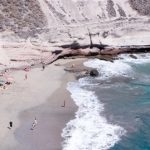