Carlos Alonso, president of the island Cabildo, was in the Costa Adeje bus station on 19 December 2017 to announce details of a new route, improvements to some important existing ones, and changes and increased parking in the TITSA Tenerife bus station itself. All the changes are geared towards improving the public transport service available to residents and visitors here.

From September the new route, the 424, links Los Cristianos and Costa Adeje via Torviscas Alta, passing by the borough’s main theme parks and commercial centres. The route is in respond to public demand and will benefit both residents and tourists.


Speaking at the announcement of the new route, Adeje mayor José Miguel Rodriguez Fraga underlined “the importance of a good public transport service for both residents and tourists “, adding that the Adeje council would continue to work with the Cabildo to improve that service for all.

Cabildo president Carlos Alonso referred to the need to continue to work to improve transport options and said sustainability was linked directly to a properly working public service. He also alluded to the need for improvements in north-south links on the island.

Titsa, the public service bus company, also announced changes to the 483 route which links Los Cristianos and Los Abrigos, extending operating hours until 00.15am, serving Las Chafiras and Golf del Sur. The 473 (Los Cristianos – Costa Adeje – Callao Salvaje) will also extend its hours of service to 00.10am and the last bus will leave Los Gigantes at 1.30am. TITSA have added six extra runs to the 110 Saturday service between Costa Adeje and Santa Cruz.

The station in Costa Adeje is also due for an overhaul and the plans include extra parking to allow commuters use the station and the bus services on offer with increased ease. 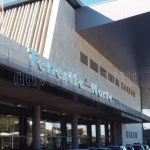 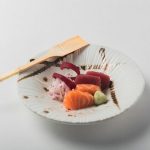