Considered as one of the main prizes of tourism worldwide, the EHA give a gold medal to the new luxury resort that Barceló Hotel Group will open in Tenerife in January 2018.

A new year, the renowned British magazine Hotel Management International has joined in the delivery of the European Hospitality Awards to the best hotels on the international scene, including Royal Hideaway Corales Resort as winner in the Best New Hotel category 2018, which points out the hotel of new construction with greater interest in what architectural innovations, facilities and interior design is concerned, a statuette that is delivered only to the best that will open its doors in the first half of 2018.


This new luxury bet made to measure that Barceló Hotel Group will open in Tenerife in January 2018, stands as deserving of this award thanks to an avant-garde design in the shape of a ship, interiors inspired by the seabed with the fractal forms of the corals that surround the island as the main protagonist, and a privileged location with the ocean as a backdrop.


Stays that connect with the outside nature from within

In the heart of Costa Adeje, south of Tenerife, Royal Hideaway Corales Resort will open its doors in January 2018. Designed by renowned Canarian architect Leonardo Omar, the hotel transports the interior of the sea and the nature of Tenerife. With more than 10,000 m2 of large garden areas and heated saltwater pools, the complex will host two independent buildings that correspond to the two proposals offered by the hotel: Royal Hideaway Corales Suites – a Family Friendly format consisting of 114 Deluxe Suites , Suite villas and exclusive Penthouses of 1, 2 or 3 bedrooms with living room, integrated kitchen, large terraces with sea views and private pool in 54 of them; and Royal Hideaway Corales Beach -an Adults only concept for a holiday of rest and disconnection-, consisting of 121 Junior Suites, spacious rooms of 55m2 and imposing terraces of 20m2 with views of the ocean, 21 of them with a hot tub.

Royal Hideaway Corals Resort is inspired by the sea also in its common areas, as in one of its two receptions, a spectacular cave whose natural rock walls combine perfectly with avant-garde elements in the furniture, all between small interior lagoons, simulating an authentic underwater cave. A novel design concept on the island and in Europe, which will also have a unique rooftop in the Canary Islands where you will find Maresía, in its area for adults only, the highest culinary height of the hotel with the advice of local chefs with a Michelin star, like the Padrón brothers.

A hotel in which design will not only be a component of the building, Royal Hideaway Corales Resort is a novel concept of luxury hotel where the stay will be synonymous with experience, so that the guest can enjoy plans designed to connect with the real essence of the island and the ocean, discovering the most authentic experiences of Tenerife: a star night cruise to contemplate the stars without light pollution in the middle of the sea, an immersion in El Hierro to see corals or fly over the island and the National Park by helicopter del Teide are some of the proposals. In addition, it will offer private plans inside the rooms, such as the Chef in room service in the villas, suites and penthouses with kitchen, where you can enjoy a private dinner by the hand of an exclusive chef, or Mindfullnes massage, a Floating treatment in the water of the suites that have a swimming pool.

Three hotels, among the best

In addition to the Royal Hideaway Corales Resort, two other Barceló Hotel Group nominees were also present: La Bobadilla, at the Royal Hideaway Hotel, perfect example of the Eco Slow luxury tourism located in the Sierra de Loja, Granada, as well as Barceló Torre de Madrid, one of the two five stars of the group and hotspot of the capital since its inauguration in early 2017 thanks to its proposal of trends that are governed by the ‘Unconventional Experience’.

The European Hospitality Awards are the prizes that the British Hotel Management International magazine has been organizing for 8 years to reward excellence, luxury and hotel singularity.

With a jury composed of renowned professionals of the sector that encompass different disciplines, the awards gala unites this group of experts with the mission of assessing the different aspects that come into play in the services and experience in a hotel: gastronomy, furniture, technology , etc. All this before an audience of more than 100 leading figures in the hotel industry.

5 star hotels in Tenerife adults only

Designed by local architect Leonardo Omar, the resort promises unique, tailor-made guest experiences. The new Royal Hideaway Corales Resort luxury hotel, set to open its doors in January 2018, is different from anything you’ve ever seen. Just see for yourself.

5 star hotels in Tenerife adults only


Stars and coral reefs in a new Tenerife hotel

Its shape and curved lines are evocative of the high seas: the Atlantic Ocean, to be precise. Surrounded by water and in the shape of a boat, the hotel’s twin buildings are joined by a walkway and are inspired by the coral reefs scattered around the island of Tenerife. Designed by the Tenerife architect Leonardo Omar, the luxury resort is the new Royal Hideaway Corales Resort, the latest offering from Barceló Hotel Group, set to arrive as a Twelfth Day gift, as it will welcome its first guests in January 2018.

Guests staying at the Royal Hideaway Corales Suites can enjoy the luxury gastronomic ‘Chef in room’ experience. There, in the suite’s own kitchen, one of the hotel’s chefs will introduce guests to Canarian cooking, and the sommelier will select the best wines to accompany the menu. If guests attending the show cooking are interested, they will be able to learn culinary skills that they can use at home, and thus take away something more than just a good tan. After the peeling, cutting, observing and cooking comes the tasting and eating. In addition, participating guests will be receive a chef’s jacket printed with their name as a souvenir.

Also designed specially for guests at the Royal Hideaway Corales Suites is the ‘floating mindfulness’ massage. In their suite’s private swimming pool, guests can have a relaxing 45-minute massage, along with a mindfulness session, also lasting 45 minutes, to help them forget the stresses and cares of everyday life. The setting could not be better.

The location, design and surroundings are unusual, to say the least, because this is not just another beach resort, but rather an architectural project with its own unique style which is ground-breaking in so many respects.

Facing the Atlantic, and with 90% of its accommodation enjoying a view of the Ocean, the Royal Hideaway Corales Resort is located in the south of Tenerife, close to la Caleta on the Costa de Adeje, one of the few remaining fishing villages that still preserves its traditional character and way of life with its anchored fishing boats and seafront promenade lined with long-established restaurants.

Moreover, the resort occupies not just one building but two, which though different, complement one another and are joined by a walkway. Designed for couples, family groups and friends, the Royal Hideaway Corales Suites comprise suites, villas and exclusive penthouses, each with a fully fitted and equipped lounge and kitchen, to make you feel totally at home. Guests can choose between accommodation with 1, 2 or 3 separate bedrooms, all of which have stunning terraces overlooking the bay, and over 50 of which have a private swimming pool.

As an alternative, those seeking a more relaxed option can book a room at the Royal Hideaway Corales Beach, an Adults Only hotel, with its own facilities – including swimming pools, restaurants, bars and a wellness zone, in addition to a programme of child-free sports activities – and spacious rooms over 55 m2, carefully designed down to the very last detail, and large terraces, some of which even have their own outdoor whirlpool bath.

The hotel’s position, overlooking the beach at La Enramada, is one major point in its favour. Others are its natural setting and its unique architectural design, not to mention its five-star status. However, if there is one thing that distinguishes this resort and sets it apart from the rest, it is the number of tailor-made options available to guests from January 2018.

Guests staying in a suite at the Royal Hideaway Corales Beach can enjoy a luxury gastronomic experience. One of the hotel’s chefs will cook for the guests there in their very own kitchen, and the sommelier will select the best wines to accompany the menu. If guests attending the show cooking are interested, they will be able to learn culinary skills that they can then use at home, and thus take away something more than just a good tan. After the peeling, cutting, observing and cooking comes the tasting and eating. In addition, participating guests will be receive a chef’s jacket printed with their name as a souvenir.

Tenerife has many claims to fame, but one of its most outstanding features is its natural scenery. Breathtaking parks, natural swimming pools whose clean, clear waters you need not be afraid to plunge into (such as Charco del Viento and Charco de La Laja), pebble or sand beaches where it is always springtime, and unique spots that can justifiably boast of being free of light pollution and therefore perfect for stargazing.

This leads us to another of the guest experiences offered by the Royal Hideaway Corales Resort: a night star cruise. This package, designed for groups of up to nine people, comprises a dinner on board a premium range boat, accompanied by an expert in astronomy who will explain everything those attending will need to know in order to appreciate the wonders of the sky as seen from the Canary Islands. The stargazing enthusiasts will also have dinner on board the boat.

At 3,718 metres, and with an average altitude of 2,000 metres, it is the highest peak in Spain which in 2007 was awarded World Heritage Site status by UNESCO. The Teide National Park is, in addition, the most visited park in Spain and Europe, (according to its own figures), with more than three million visitors per year; it is also the oldest and, with an area of almost 19,000 hectares, the most extensive park in the Canary Islands.

The hotel offers two exclusive packages for those who would like to see this amazing spectacle which, as a designated Starlight Destination, has been certified as complying with the established standards and procedures for the protection of the sky: guests can either view it from the cable car station viewing point or from a one-hour helicopter flight, during which they will also see Santa Cruz de Tenerife and the northern coast, home to another of the island’s wonders, the cliffs of Los Gigantes. 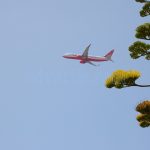 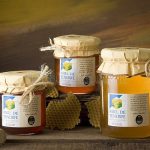