The Canarian archipelago has recorded a warm and dry month of March 2017, according to the weather progress of the Canary Islands, issued on Wednesday by the State Meteorological Agency (AEMET).
Thus, in terms of temperatures, although in the northern areas of the islands, March was rather fresh, generally considered to be between normal and warm, predominantly the latter behavior in areas south of La Palma, Tenerife , Gran Canaria and Lanzarote.
In this sense, the thermal anomalies were more pronounced in the diurnal temperatures, being slightly positive in most of the territory, so that although they were close to normal, there were two episodes of anomalously high temperatures and one of casualties.


Specifically, the hot episodes occurred between 9 and 11 March; and between 30 and 31 March; with the first ascending between 5 and 7 degrees in ten minutes in El Pinar, Cañadas del Teide, Tacoronte, Güímar, Mogán and Pájara, reaching a maximum of more than 30 ° on days 9 and 10, surpassing 34 ° in zones South of Gran Canaria, Tenerife, La Palma and El Hierro.
This, notes the Aemet, is the episode of anomalously high temperatures longer in a month of March in the Canary Islands since 2011, as it lasted for three days; While the second warm episode (30 and 31 March) also left maximums of more than 34 ° in Jandía, on the island of Fuerteventura.
Regarding the episode of anomalously low temperatures (between 23 and 25 March), the Aemet indicates that  “had not been given since an episode of three consecutive days ” since 2011 with temperatures so low, since the maximums in the coast only They reach 20 ° during the same and weak frosts occur above 1,800 meters. With the exception of Lanzarote and El Hierro, the rest of the islands had, in normality, the first tropical nights.

In reference to the rainfall, March turned out to be a dry month in the Canaries, except in areas of the northwest and south of Gran Canaria, where it nevertheless rained twice as normal. By contrast, in large areas of the islands of La Palma, Tenerife and La Gomera has just rained 25 percent of the expected amount.
In this regard, the episode caused by a DANA in retrograde movement between March 16 and 19, which produced general precipitation and stormy showers, of torrential intensity in Agüimes (95 mm / h), Teror, Antigua and Güímar, were highlighted. Accompanied by hail in areas of Lanzarote, Fuerteventura, Gran Canaria and Tenerife.
However, although the rainfall was heavy in Agüimes and Antigua (54 and 51 mm, respectively), the mean rainfall did not reach 10 mm. Also, 1913 rays fell, of which 406 they did on land, mainly in Gran Canaria and Fuerteventura.
On the latter, the Aemet points out that March together with October and December was the most stormy month, being in addition this of 2017 the second month of March with more lightning ashore since 2006. It also snowed, as happens in 77 percent of the March, in particular, the estimated snow is about 20 mm, which is in the range of normal.
Finally, in most of the stations, the wind blew with an average speed above the average, 20 to 25 percent higher than expected. Thus, up to six intrusions of calima could be distinguished, being normal in three.
Thus, of the six distinguished ones, the one of the days 9 and 10 of March, that affected a great part of the islands in its coasts and mediocrities, although in the coast of the Eastern islands the insolación “does not differ significantly” Of the expected values, while on the coast in the mountain areas of the western and central islands there is a surplus of 15 to 30 percent. 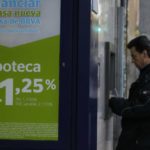 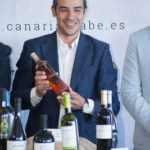