The Canary Islands is one of the most trafficked regions in Spain. Las Palmas de Gran Canaria is in third place with more traffic jams, with a congestion level of 27% in 2016 and Santa Cruz de Tenerife in seventh place with 25%, according to the results of the TomTom Traffic Index 2017, the annual report that gathers the cities with the most traffic congestion in the world.

From the historical data of the TomTom index, it can be observed that traffic congestion in Las Palmas de Gran Canaria has increased by 2% compared to last year, and in Santa Cruz de Tenerife, one percentage point. The worst day of traffic registered in 2016 in the capital of Gran Canaria was on 8 April and in Santa Cruz on 16 December.

In the world ranking, Las Palmas de Gran Canaria has dropped positions from the 141 position in 2015 to 155 last year, while in the Spanish ranking it remains in the same third position. Despite the increase in traffic, this fall is explained by the fact that TomTom Traffic Index this year has included more cities, which in this edition total a total of 390, and in Spain, 25.

In our country, Las Palmas de Gran Canaria is behind Barcelona (with a traffic congestion rate of 31%) and Palma, with 29%. For its part, Santa Cruz de Tenerife, with a level of 25%, is behind Granada, Sevilla and Gijón.

“At TomTom we continue to work every day to help drivers avoid traffic. We advise you to plan your route before traveling. Although it is a journey that takes place every day, it is necessary to look at the traffic before getting on the vehicle, check the conditions of the road and consider the various alternatives. In addition, if once en route the browser offers an alternative route, trust him and dare to follow him. We have the experience and tools to help drivers get to their destinations faster, “says * Ángel Sevillano, * CEO of TomTom * Spain.

In the world ranking of the cities with more traffic congestion, Spain does not appear until the 68 position with Barcelona at the top. In Europe, it occupies the 18th position. Bucharest (50%) has surpassed Moscow (44%) in the first place, followed by St Petersburg (41%), London (40%) and Marseille (40%). Top five of the European cities with more traffic. 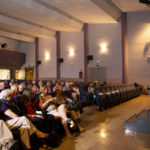 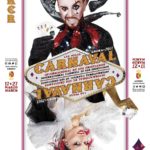