Brexit: “Stick to the facts and you’ll know what’s going on”

Up to 100 Britons attended an information seminar organised by Blevins Franks at the Adeje Cultural Centre this week, invited by the Adeje international residents group Focus, with the support of the council.


They heard from the financial advice company that in their professional opinion that it was in the interests of the Spanish government to make sure that British residents in Spain were looked after, and that good working relations with the British government continued to flourish.

Adeje councillor for institutional relations and youth affairs, Zebenzui Chinea Lineras, welcomed the attendees and said that Adeje was very aware of its commitment to all residents of the over 120 countries living in the borough. He said they would be interested in all the suggestions and ideas that came out of the conference and hoped the questions many people had would be addressed.

“Rajoy and Theresa May are thick as thieves”, Wayne Sheridan told the conference, saying that Theresa May was on the plane to Spain to speak to Rajoy within 24 hours of his confirmation as leader of the country following the most recent election here. “Rajoy has too much to lose”, Sheridan said, pointing to the €30 billion that he would forfeit, “if he gets it wrong”. He said that personally he hadn’t been a fan of Brexit but that to date Theresa May hadn’t put a foot wrong in her negotiations with the EU and he firmly believed that both the rights of EU citizens in Britain and those of British residents here in Spain were not under threat.

Paul Montague, the other speaker from Blevins Franks, dealt with the exchange of information between governments regarding taxes, and the need for full declaration of assets in both countries. He also stressed the huge importance of legitimising your situation here, something that echoed the earlier contribution of Clio O’Flynn, who spoke about the importance of registering on the ‘Padrón’, and the multitude of benefits for the resident as well as local government. 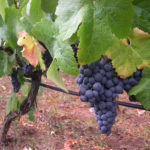 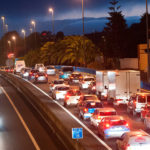