Canarias is the most demanded holiday rental destination for the Valentine’s weekend, with a 70 percent occupancy during those days compared to 55 percent in 2016, according to data collected by the Toprural [dot] com portal.


After the Canary Islands, which leads the ranking for the third consecutive year, the Community of Madrid and Catalonia were placed as the most sought after destinations by Spanish rural travelers. Thus, full-rental cottages register an occupancy of 38% during the Valentine’s weekend, which is five percentage points higher than in 2016.
It is followed by the Madrid region with a level of occupation of 47% (compared to 34% in 2016), Catalonia and the Basque Country, both with 45% occupancy (compared to 50% and 43% in 2016, respectively).

In terms of demand and number of travelers, Castile and Leon (11,271 occupied places); Catalonia (11,077 squares occupied) and Andalusia (6,813 occupied squares) are the preferred destinations for users, taking into account that they are also the regions with the highest number of seats occupied in proportion to their available offer. By contrast, the regions with the lowest occupancy rate for that weekend are Asturias (15%), Galicia (25%), Cantabria (30%), Comunidad Valenciana (31%) and Castilla-La Mancha ).

For this type of escapades, as usual, the priorities when it comes to seeking accommodation are gastronomy, leisure, culture or relaxation both in the mountains and on the beach.
Thus, rural travelers look for houses with jacuzzi, fireplace in the room and proposals of leisure to make in pair like routes or more relaxing activities like to go to a spa. 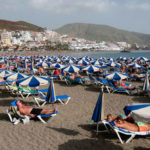 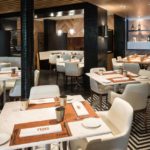 Txoko, croquetas and red mojo with the seal of Berasategui at the Ritz Carlton Abama hotel in Tenerife
Advartis Tenerife Property