The average price of finished housing (new and used) grew by 2.8% in the Canaries in 2016, compared to the previous year, although it accumulated a 30.7% drop since the crisis began in 2007, according to the Index of Spanish Real Estate Markets (IMIE) of Tinsa, which elaborates the statistics based on the appraisals of the appraiser.


Spain ended 2016 with a growth of 1.7% compared to December 2015, a more dramatic increase than the one that had been registered in recent months, mainly due to the atypical decline that the index experienced in December last year.
Despite the increase in 2016, the housing price adjustment accumulated since the highs reached in 2007 stands at 41.2%.
The islands, with an internal revaluation of 2.8%, and capitals and large cities, with a 2.4% rise in prices, were the areas with better price behavior in the last month of the year in year-on-year rate.

Besides the islands and big capitals, the evolution of the smaller towns, grouped in remnants of municipalities, where prices increased in 2016 by 2% stands out.

On the other hand, the most affected area in the last year has been the Mediterranean coast, where the average value has fallen by 1.3% last year.
In contrast, the situation has remained stable in the metropolitan areas, which have experienced a slight growth of 0.6% year-on-year at the end of 2016.

Since the highs recorded in 2007, the average price of housing in Spain has fallen by 41.3%. The areas where prices have been less adjusted have been Balearic and Canary, with a decrease of 30.7%, and the group of other municipalities, with a drop of 37%.

Meanwhile, the Mediterranean coast continues to lead the falls, with a cumulative decline since 2007 of 48.7%, followed by metropolitan areas (-44.7%) and capital cities and large cities (-44.1%).

On January 20th 2017 Adeje celebrates San Sebastián, one of the oldest fiestas in Tenerife 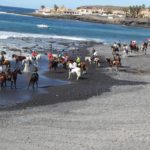 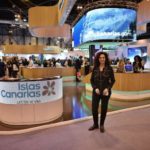