Tenerife Intercity Transport (Titsa), a company of the Cabildo de Tenerife, last year increased its number of travelers by 3.3 percent to reach a total of 33,740,569, which means more than one million passengers more than in 2015.
The manager, Jacobo Kalitovics, explains in a note that this increase of travelers is a reflection of what happens in society, with an economic recovery that implies greater commuting to work, together with the increase in the arrival of tourists to Tenerife, who are great users of public transport.


All routes of the company experienced increases in the number of customers.
In this way, interurban lines moved to 25,347,780 passengers, representing a 3.9 per cent increase compared to 2015, while the urban service carried 8,392,789 passengers, with a 1.5 per cent increase.
The total growth of travelers was 1,082,776, distributed in 955,209 passengers more in the interurban lines and 127,567 of increase for the urban ones.
By area, the largest increase in customers occurred in the south of Tenerife with 5.5 percent in 2016, which translates into 10,505,079 passengers transported or 547,332 more passengers.
These data confirm that the start-up of the new South network that the company started in 2015 was necessary to respond to a growing demand from the population, which has also been consolidated with the increase in tourists using this medium. Public transport to travel along the island.

The metropolitan area, with 7,431,215 passengers, and the urban service of La Laguna, with 668,332 passengers, accounted for a 2.9 and 2.7 percent increase in passengers, respectively, compared to the previous year.
The northern area added 6.219.935 users and a 2.4 percent increase thanks to the special price campaign launched by the Tenerife and Titsa Cabildo with the aim of reducing traffic jams in the TF-5 towards the capital. 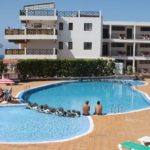 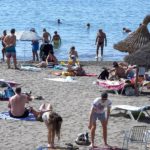