The Canary Islands recorded the sixth month of December in the hottest of the last 45 years, only behind those of 1997, 2001, 2009, 2010 and 2015, and has had a very dry rainfall, being between the fifteen December less rainy of the last 60 years, according to data from the State Meteorological Agency (Aemet).


The archipelago closed the year with a wide spectrum of thermal behavior, from very warm to extremely cold. Overall, December was very warm on the coast, where the averages ranged between 16 and 22 degrees, with positive anomalies of approximately 1 degree in the minimum and 0.8 degrees in the maximum.

In the midlands, these still positive anomalies are milder, while in mountain areas they become slightly negative. In the daily evolution of the temperatures it stands out its remarkable increase between days 1 and 2, when the maximums exceed 28 degrees in the Village of San Nicolás (Gran Canaria) and in the airport of Lanzarote.

From 2 to 11 they move in the very hot zone, especially between 2 and 4, a period that makes up the first of the warm episodes of the month. The second takes place on day 6, and the third and last between days 9 and 10, all with temperatures more typical of the last fortnight of October. Between the 12 and the 25 the temperatures hardly move away from the expected values, and from the 26 ascend to the warm zone to finish the year there.

As for the number of tropical nights, it has quadrupled its expected frequency in coastal areas. Here too the number of days with maximums of 25 degrees or more doubles the expected value. The number of frosts in mountain areas (11) is also above the mean value (9).

Last December, El Hierro, Anaga and the summits of La Palma and Gran Canaria were the most favored by the rains, with total amounts of 70-150 mm that can be grouped into three episodes of general precipitation.

The first, originated by a trough with a surface center between the Azores and the Peninsula, leaves copious rainfall in La Palma. Day 17 takes place the second, generated by a low that slips along the Moroccan coast from east to west. It rains very strongly in Teror and snows in Izaña (9 mm). It snows for the second time in Izaña (4 mm) on the 21st.

A DANA to the south-west of the Canaries gives rise to the third episode on the 23rd, distributing abundant and intense rains in El Hierro and a third snowfall in Izaña (22 mm), which, although not the smallest, is far from the largest snowfall in December: 150 mm on 13-15 December 1969. Despite being in the month of greatest storm activity, accumulating in it up to a quarter of the annual total of lightning on land, about 200 in average value, in December no. No lightning has been recorded on the ground.

The northern and eastern component winds predominated in coastal zones, the latter doubling the expected frequency. They also blew with something more force than usual, up to 44% more in Tenerife North. The evaporation exceeded the expected values ​​in all the stations: from 30-35% in the eastern islands to 70% in North Tenerife.

Deficits of sunshine hours were observed in the stations of Tenerife Norte (30%) and Izaña (10%) and, on the other hand, surpluses in coastal areas of up to 25% in Tafira and in El Hierro airport, both zones Favored by the anomalously high frequency of easterly winds.

Aerosmith – Tenerife, Spain – #AeroVederci Baby! Tour on July 8 2017: how to get tickets 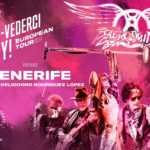 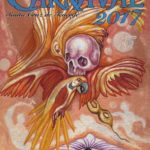