Aerosmith will play the latest concert of the Aero-Vederci Baby! European Tour, a farewell tour of the legendary US band in Santa Cruz de Tenerife on 8 July 2017, a meeting that will take place at the Heliodoro Rodríguez López Stadium in the capital of Tenerife from 22.00 hours, as announced by the Foundation CajaCanarias.


The act of presentation of the concert will take place tomorrow at 11.00 hours in the Cultural Space CajaCanarias de Santa Cruz and will have the participation of the mayor of the city, José Manuel Bermúdez; The Councilor for Tourism of the Cabildo, Alberto Bernabé, and the director general of the CajaCanarias Foundation, Alfredo Luaces.

In this act of presentation will be announced the main data of interest of a show destined to become the most important international rock event ever held in the Canary Islands: technical and artistic elements, number of tickets available and prices of different locations to bid farewell from Europe to ‘The Bad Boys from Boston’ as they deserve, after 45 years on stage and have sold over 165 million albums worldwide.

How can I get Aerosmith farewell tour 2017 tickets?

Tickets for the majority of tour dates will be released to the public this Friday, November 18. Tickets to attend the concert that Aerosmith will offer on July 8 at the Estadio Heliodoro Rodríguez López, in Santa Cruz de Tenerife, and will be the ‘Aero-Vederci Baby! European Tour ‘, will go on sale through the website entree [dot] es. Prices range from 69 to 149 euros.

Tickets for several of their shows available on pre-sale to Aerosmith fan club members via the band’s website.

Will it really be Aerosmith’s last ever tour?

The “Aero-vederci Baby!” tour is being billed as the band’s swansong, though the band are reluctant to say whether these concerts will be their final live performances.

In June, lead singer Steven Tyler announced that the band would be doing a “a farewell tour, but only because it’s time.” When asked how long the tour would last, he joked “probably forever.”

At the time, his bandmate Joe Perry had not been told about the announcement. “I always hold my breath whenever Steven does an interview on his own,” the guitarist told Rolling Stone magazine. “It could be the last…  But it’s really hard for me to imagine a last gig.”

In a spoof news announcement, a banana-wielding Tyler recites a dirty limerick, before Perry announces that “according to a really long Wikileak, Aerosmith will be hitting Europe hard, starting in May.”

Tyler asks if there is “any truth to the rumours that this could be the last hurrah,” but Perry dodges the question: “Who knows?”

Where are they playing?

The CajaCanarias Foundation has informed on Friday that for the farewell concert in Europe that will celebrate the band Aerosmith on July 8 at the stadium Heliodoro Rodríguez López have sold more than 10,000 tickets.

After 45 years on stage and more than 150 million albums sold, the American quintet formed by Steven Tyler, Joe Perry, Joey Kramer, Tom Hamilton and Brad Whitford comes to Europe after a successful farewell tour in Latin America where they were able to Hang the ‘no notes’ sign in Chile, Argentina, Colombia, Bolivia, Brazil, Peru or Mexico.

Aero-Vederci Baby European Tour will begin on May 17 in Tel Aviv to visit some of the main cities of the Old Continent, such as Moscow, Berlin, Copenhagen, Dublin, Florence, over a month and a half. , Lisbon, Madrid, Zurich, Barcelona, ​​until it ends in the historic farewell that will take place in Tenerife. 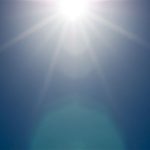 Canaries registers one of the hottest December months of the last 45 years
Advartis Tenerife Property
ADVARTIS.COM uses cookies to make the site simpler.OK