The low temperatures and the rains of the last hours have left a white mantle on the top of Tenerife. Temperatures dropped from zero degrees in the Teide National Park. It will continue to be cold in the next few hours.


Tenerife Mount Teide has dawned this snowy Sunday, leaving a beautiful stampede in the north of Tenerife because the skies were clear and could be enjoyed in all its dimension. Rains and low temperatures on Friday and Saturday left a thin white mantle on the volcano. These days, the cold was particularly intense at the top of Tenerife, with temperatures below zero degrees.

The weather has improved this Sunday, with cloudiness in the north of the island and gusts of great clearings. There will be no major changes this Monday. The forecast for the Canary Islands of the State Meteorological Agency is as follows: “In Lanzarote and Fuerteventura, cloudy intervals, not occasional occasional weak rain, mainly on the west and north slopes of both islands, on the north and northeast slopes of the islands of higher relief, cloudy or overcast with weak rains, in other areas, cloudy Being a low intensity snowfall it is foreseeable that the white mantle will melt in the next few hours but there is still time to take a snapshot of the white Teide, especially from the northern slope of the Tenerife. 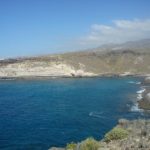 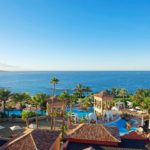