London and Manchester are the two cities chosen by the Development Society to promote Tenerife in 2017.

These cities will be the first of the campaign that throughout the coming year aims to launch the entity that presides over the nationalist Alfonso Cabello, and which aims to promote the city in the countries of origin of visitors who come to the city. “It is a specific campaign for the British market and although it is a modest game we want to bet on this type of promotion, always in the hands of Tenerife Tourism,” Cabello said. The councilman advanced part of this promotion policy in the presentation of the budgets of his area, the Economic Promotion, Employment and Commerce, which next year will have more than 3.1 million euros and an increase of 6% With respect to the current year.


In the specific area of ​​tourism will have an investment of 728,000 euros and will be distributed in three lines of action. The first is the aforementioned outside promotion, while the second will focus on a closer circle, visitors from other islands. “We want to do a more aggressive campaign with people from other islands, a space, that of travel within the Archipelago, which last year mobilized 615,000 people, not including Tenerife,” the mayor said. To this second line will be added the last one of a concentric circle and that will be fixed in the visitors lodged in the north and south of the Island, the explorers. “We want them to come and spend more,” added Cabello who insisted on the need to carry out this type of campaign against the good occupation figures, 100% in Carnival and Christmas, and the 12% increase in the average occupation from January to September, support the promotional effort.

In that sense also bet, as it advanced Cabello, not only for the promotion but also for the sales. “We want to set up in the immediate vicinity of the port a new tourist information office, which will be itinerant, and whose objective, besides the evident one, will be to sell tourist products of the city.” According to Cabello they would offer routes through the city, packages combined with La Laguna or similar products that “value” the city and can be sold.

Cabello also highlighted an agreement with the Association of Farmers and Ranchers of the Canary Islands (Asaga) with which it is wanted to put value local products in the restaurants of the city.

A line of work that will have 55,000 euros to distribute in several years. It will have special incidence in Anaga and the Southwest and with it is intended to train about 700 students (both self-employed and unemployed). Also, yesterday, informed the Consistory, after a meeting with Asaga, the study of tax benefits mainly for the agricultural sector in the tax on real estate (IBI), among others, for buildings qualified as indispensable such as water ponds of irrigation. Cabello also highlighted the trade item, 1.3 million, which is the highest because “are those who continue to pull employment in the capital and we have to help them.”

Canarias and the destinations of snow, the most chosen to travel this Christmas 2016 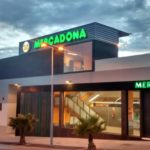