By provinces Santa Cruz de Tenerife is where the house price has risen more (8.80%), followed by Teruel (8.33%) and Malaga (7.94%), according to the monthly sales price report.

Miguel Ángel Alemany, believes that the housing market “continues to show its strength” and that it is essential that the indicators of the price of the house “walk in a sustainable rhythm, fulfilling the present necessities without compromise the future. ” A “significant” part of the responsibility for the current market recovery falls on demand, since the level of confidence is “much higher than it was a few years ago.” He also insisted that knowing the market allows the future owner “to make fundamental decisions and avoid risks”. 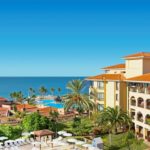