The Port Authority of Santa Cruz de Tenerife has been nominated by Seatrade Cruise Med for the award ‘Port of the Year’ on cruises traffics, for the implementation process on the facility in the capital Tenerife for the facilities improvement and associated services to the cited specialty. It is allocated this way among the three best ones in the world with the association ABP Port of Southampton and the cruises terminal Kai Tak, of the port of Hong Kong.

The process aim of this special award links the continuous dialogue with the shipping companies and operators in the sector to know their requirements and needs, with the application of a specific process of mooring concessions and, in a remarked way, the building of a cruises terminal which will provide objective advantages to the region.

In detail, it is recognized the value and importance of this new infrastructure by its provisioning to the cruises traffic all over Canarias, adding an important added value to the port for its renewed facilities.

The winner of the price will be known on 22 September 2016 during the event that is held for the occasion in the Auditorium of Tenerife ‘Adan Martin’ and in which the awards for the best destination, suppliers and environmental initiative of the year are also given, all these in the cruise field.

These important awards are part of the events program which shapes the eleventh edition of Seatrade Cruise Med, the most important market of the cruises in Europe, which is held in Santa Cruz de Tenerife from 21 to 23 September 2016. 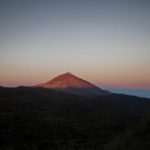 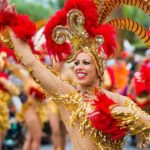