Hard Rock Hotel Tenerife has announced further details of its six restaurants and five bars located throughout the hotel, which are set to bring new flavours to the island, as well as showcase Tenerife’s local gastronomy.

Cocktails, juices, coffee and snacks are also available at any time of day through bars and lounges, such as at the 3rd Half Sports Bar, Constant Grind Coffee Shop, The 16th rooftop lounge, and two pool bars.

Open for lunch, dinner, or even a live concert in one of its exclusive private areas, The Beach Club at Hard Rock Hotel Tenerife serves healthy Mediterranean cuisine right on the edge of the hotel’s saltwater lake, including a wide range of salads, fish, rice and meat dishes. In addition, The Beach Club’s signature plates include scallop, sea urchin and seaweed risotto infused with sweet Malvasia wine from Tenerife, grilled tuna with tomato caviar and lamb shoulder cooked at low temperature with truffle mashed potatoes.

Following the success of its sister restaurant in Ibiza, meat-loving guests have their own special port of call in Montauk Steakhouse Tenerife, offering an extensive menu of top quality and perfectly cured beef. Succulent cuts range from a 400g New York Strip Loin to a marinated Black Angus skirt steak and diners can also choose the knife to cut their meat from a wide selection of the best high-tech Japanese, German, Spanish and English utensils. Those that prefer fish and seafood can choose charcoal grilled fish, such as grilled haddock with sliced roasted potatoes and mojo verde (a Tenerife sauce containing green spices and green pepper), or roasted lobster with Américaine sauce and garlic butter. Local Canary-island products, such as Gomero cheese, gofio (a local flour) with feta cheese and smoked red onions, and crisps with truffle oil, also feature on the menu.

Sessions is the hotel’s buffet restaurant serving mouth-watering dishes at any time of day or night in a luxurious and contemporary space with sweeping views of the pool and sea.

Guests and visitors to Hard Rock Hotel Tenerife find a wealth of bars and lounges that cater for all tastes. 3rd Half Sports Bar combines live sport, food and drink with numerous giant screens, premium beverages and its American and international menu featuring classics such as burgers, chicken wings, nachos, hot dogs and a lobster sandwich. Live music and jam sessions take place on its stage at night.

UTC, also known as the Lobby Bar, has a carefully selected range of drinks and exclusive cocktails. Freshly brewed coffee can be found at Constant Grind Coffee Shop, accompanied by a selection of sweet and savoury snacks, while the two pool bars, Eden Bar (in the Nirvana Tower) and Splash Bar (in the Oasis Tower) serve all manner of snacks, sandwiches, pizzas and salads on the pool terraces.

The pièce de résistance is Hard Rock Hotel Tenerife’s Sky Lounge, The 16th, featuring the most spectacular views anywhere on Tenerife. The rooftop is an elegant place to enjoy a cocktail while taking in the majestic El Teide volcano and the island of La Gomera, Christopher Columbus’s last port of call en route to America.

Be the first to stay at Hard Rock Hotel Tenerife! Book your room from £83/99€ per person per night on a B&B basis. 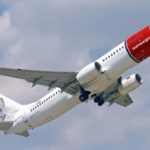 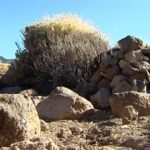