The Cabildo of Tenerife, through the Scientific and Technological Park of Tenerife (PCTT) establishes bridges with Silicon Valley in the United States, which has become the world capital of innovation, in order to attract foreign investment to Tenerife linking technology and innovation.


One note, the insular corporation reports that in this context, the council wants to launch a network of prescribers canaries the world to sell the product Tenerife.

The representative of PCTT the Image program Silicon Valley 2016, developed in the Imagine Creative Center in San Francisco during the month of July, Gabriel Alvarez, was received by the Minister for Innovation, Antonio Garcia Marichal, and the team of entrepreneurs PCTT.

This meeting took place in order to know the fruits of their experience in the “largest center of innovation and entrepreneurship in the world”.

“With Imagine, I regained my ability to dream, something you have a child and you lost with age,” Alvarez said.

Gabriel Alvarez, “all you want to do, have to do it now. Inculcate the culture of failure is very important to reinforce and learn, something that should be incorporated into our educational policy.”

Antonio Garcia Marichal asked Alvarez collaboration and advice in training programs and mentoring of Tenerife Reverses and Start IN community to Tenerife’s startups and companies operating under programs acceleration PCTT can maximize your experience, new knowledge and acquired skills.

Garcia Marichal was also interested in the networking of Spaniards in Silicon Valley to establish collaborative synergies with PCTT, in line with the marketing plan that will launch the tinerfeño park to attract foreign investment to Tenerife and installation technology multinationals on the island.

“They try to get to multinational companies through these contacts to exercise prescribers and assist us in channeling this investment,” said Marichal.

The note that the Minister for Innovation also explained that the objective is personal offer professionalized companies that want to settle on the island, plus a tax system as an incentive.

The representative of the Scientific and Technological Park of Tenerife in the Imagine Silicon Valley 2016 program, developed in the Imagine Creative Center in San Francisco during the month of July, Gabriel Alvarez, was received by Antonio Garcia Marichal (attached to Tenerife 2030 Area company) 2030 Tenerife advisor area and Entrepreneurs PCTT team in order to meet the fruits of their experience in the largest center of innovation and entrepreneurship in the world today.

The tinerfeño applied knowledge and skills in Project Yama, a group project in which the “dreamers” worked on the challenge posed by the company Frit Ravich, wholesaler in the food sector: “how to digitize and lead the channel” Impulse ” mainly oriented to small traditional shops and 24-hour stores. These outlets are just computerized and lack of stock control, problems that the group tinerfeño gave solution through collaborative logistics a “market place” in the cloud to which the product is requested and in the cloud They offer different options, prices and who distributes it. Frit Ravich, who has the intellectual property of this innovative development, will decide this month whether to continue the project betting on the creative team in which the dreamer is integrated tinerfeño.

As regards & Play Plan, Tenerife startup in which it participates (consisting of a finder games and tournaments e-gaming), will also benefit from their experience in Silicon Valley. After evaluating several experts and American investors, tinerfeños have decided to continue validating the business model and growing user community (now about 10,000) as well as the quantity and quality of events. With improvements in the user experience may finally make the big leap to national events and in the future to get investment.

Antonio Garcia Marichal asked the dreamer of PCTT collaboration and advice in training programs and mentoring of TF reversed and the Start IN community to Tenerife’s startups and companies operating under programs acceleration PCTT can maximize your experience, new acquired knowledge and skills.

Garcia Marichal was also interested in the networking of Spaniards in Silicon Valley to establish collaborative synergies with PCTT, in line with the ambitious marketing plan that will launch the tinerfeño park to attract foreign investment to Tenerife and installation technology on the island multinationals. “this would be reaching multinational companies through these contacts assures García Marichal- to exercise prescribers and help us in this channeling investment. We want to offer professionalized staff to companies wishing to settle here, plus a tax system as an incentive (the ZEC, the RIC Investments immobilized, etc.), incentives in other countries are not given and here are guaranteed law, in some sectors even below some tax havens). This line of work also connects with another project that wants to launch the Cabildo of Tenerife, a network of prescribers of canaries around the world to help sell the product `Tenerife'”.

Gabriel Alvarez also said the counselor of Tenerife 2030 Area quality of American academic training, a real university education and adequate to the needs of the company “The powers there prepare you for what businesses demand, it is a very real and practical training . If you start Informatics at Stanford, for example, they will teach you what you want Google at that time, so the university formed in Stanford, Harvard or Barkley is “meat company.” From my point, this is a handicap with the Spanish universities should focus more their training to the demands of business, “says the dreamer.

Antonio Garcia Marichal particularly welcomes this point because precisely the PCTT “through the project of the School of Innovation aims to help awaken those scientific and technological vocations are the most demanded profiles by companies today and in the future, and create the business ecosystem that facilitates insertion after, so we have to export that talent. ”

Gabriel Alvarez says the Silicon Valley Imagine experience was very positive and enriching, “when you take a multidisciplinary team and talented of their comfort zone is greatly stimulates their creativity. That is the essence of the program. ”
Imagine the creative process consists of four parts: reformulation of the problem, generating ideas, prototype development and communication. The dreamer sums up the experience:

“In Yosemite, California, the first phase, we had our first contact took place. working groups based on the professional and personal profiles and the challenges we raised the four sponsors are designed. The second phase, in San Francisco, intended to teach us how to deal with the problems, and we learned creative techniques similar to those applied Jorge Amador in the intensive course LINC. Among them, the Lombard method, which basically consists of diverge to find as many possible solutions to problems. The more you cover and more time is devoted is more likely to arise more creative and innovative solutions. A brain storming you stay with three or four very good.

In the third phase solutions validates the sponsor is prototipan. For example, one project was focused on a ring that opened things, the “sharing”, and had to make a physical copy that had to work. The last phase is that of communication. When your project is already strong we learned how to communicate better so that it reaches the audience, in a simpler way. We practice the speech to “American way”: “Tell me what you sell, how much it costs and what it would cost me.” The difference of cultures is important. For example, in a networking session after the first 30 seconds you can already tell you if they like your idea or not by the way you have to communicate, so you have to be very direct, like them. ”

Gabriel Alvarez sums up his experience this way: “Imagine I have recovered thanks to my ability to dream, to be a” dreamer “something you have a child and you lost with age. All you want to do, have to do it now. `Inculcate fracaso’ culture is also very important, strengthened and learn from failure is very important, something that should be incorporated into our educational policy.”

After meeting engineers companies entity Google, Facebook, Apple, Dropbox or Twitter and some smaller scale, Gabriel has established an agenda of contacts that helped him to start some disinterested collaboration could be the start of something more important. 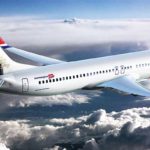 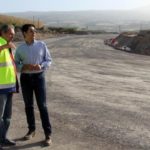