The price of housing rose 1.8% in June 2016 in Canary and Balearic Islands over the same month last year, while from 2007, just before the crisis, the setting is 26.7%, according to Tinsa IMIE index published 8 July 2016.


In Spain the price of finished housing (new and used) increased by 1.5% in June compared to the same month last year, maintaining the “good tone” in recent months.

Between January and June this year the price of housing has risen 2.2% against 1.1% cut experienced in the first six months of 2015. The index fell by 41% from their highs in 2007.

The highest annual increases in June in the price of housing occurred in the capital and big cities, with an increase of 3.6% compared to June 2015.

On the Mediterranean coast and in other municipalities (small and medium towns not included in other areas) prices rose 0.3%. By contrast, metropolitan areas showed a drop in house prices of 1.3% .

In the year to date (January to June), the islands are those that recorded the biggest increase, with an increase of 8.7%, followed by the capitals and large cities (%) and the rest of municipalities (.3%). On the Mediterranean coast and metropolitan areas prices have fallen by 0.8% and 1.4% respectively in the first six months of the year.

The Mediterranean coast places the accumulated drop in the price of housing in 48.5%, followed by metropolitan areas (-45.8%) and the capitals and large cities (-43.8%). 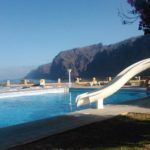 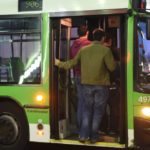 Titsa wins nearly 400,000 travelers in the south of Tenerife in the 2016 year
Advartis Tenerife Property