Canaries only region where price rises of previously owned homes
The archipelago is the sixth most expensive region, being surpassed by Castilla-La Mancha and Extremadura, among others

Canary is the only autonomy which has raised the price of previously owned homes compared to 2014, with an average cost of 1,309 euros per square last October and +1,63% interannual meter, according to the monthly report Sales of pisos [dot] com portal.

As for the second-hand housing in Spain, last October reported an average price of 1,510 euros per square meter, representing a decrease of 4.07%, while reflecting an increase compared to September of 0 , 46 percent.

The CEO of pisos.com, Michelangelo Alemany says on the website that the symptoms of the sector’s recovery are becoming clearer and that “most indicators of the housing market have been normalized.”

The head of the real estate portal refers to figures granting mortgages, purchases and building permits, and admits that it was expected that the price of housing “follow the same path.”

In this sense, Alemany indicated that “the great capitals and took advantage for months” and that soon will be seen as “corrections are diluted in other locations where stocks is negligible or does not correspond to the needs of a client who has learned to be more demanding. ”

“Although the salary effort to become owner has been greatly reduced, there are families who are still denied access to the purchase,” says Alemany.

In his view, the job outlook “still needs to be strengthened in order to achieve solvency demand and satisfy financial profile suitable for the financing.”

However, the manager warns that if anything has taught this economic crisis is that “buying is not the only option, because the rent is also a perfectly valid and worthy alternative.” 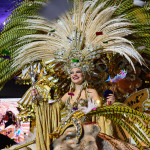