Foreigners carry out 11.3% of all real estate operations in Spain despite the fact that, due to the pandemic, the number of operations carried out by foreigners has fallen by about 10%, according to data from the Association of Property Registrars provided by Prohipotecas and Finteca, which adds that in the case of the Canary Islands it represents more than 20%.


In fact, the founder of Finteca and Prohipotecas, Silvia Escámez, has pointed out that the sale of real estate by foreigners increased by 200% from 2009 to 2019, year in which they represented 12.6% of the market. Escámez, in addition, has called the fall a “temporary situation” and has affirmed that the type of housing most demanded by foreigners (in sunny places and more comfortable with teleworking) is experiencing greater interest.

“In the case of Finteca, foreign clients formalized 12% of the mortgages formalized and, so far in 2021, they represent 13%,” said Escámez, who believes that this growth is due to the digitization that it has had place over the last year.

Escámez has stressed that, in addition to the pandemic, ‘Brexit’ and the uncertainty generated by it have been one of the causes of the slowdown and has pointed out that, after the outlook has cleared, “it is possible that this group will buy again more houses ».

In fact, the British continue to be (despite ‘Brexit’) the foreigners who buy the most homes, with 15.5% of total foreign demand, followed by French and Germans (7.5% each). “Although the British have continued to buy houses and have remained stable over time, surely it would have increased more without Brexit,” lamented Escámez.

On the other hand, from Finteca they have pointed out that “not all banks give mortgages to foreigners and, those that give them, tend to be more demanding with the loan”, and have pointed out that these conditions affect the repayment terms or the maximum of financing, which in most cases occurs because a second home is being purchased.

“The repayment terms are usually 20 years, ten less than conventional mortgages, while financing does not usually exceed 50% of the total,” said Escámez, who with respect to the type of mortgages, has stated that they are usually ” at a fixed rate and at a higher interest rate, due to their condition as second homes ”.

Finally, Escámez has warned that buyers have to present a series of documents in Spanish and the property has to be declared in the country of residence, for which they must pay Non-Resident Income Tax and Property Tax Estate. 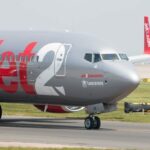 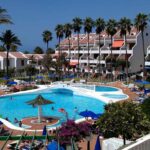