Siam Park has just received, for the sixth consecutive year, the TripAdvisor Travelers Choice award for the best water park in the world 2019. This recognition comes to join a long history of awards that recognize the success of this facility located in Costa Adeje.


The Loro Parque company, to which this water amusement park belongs and which has more than 3,000,000 annual visitors, has highlighted “the special honor of this recognition, granted by the park’s visitors and users of the portal of TripAdvisor trips, thanks to their independent opinions based on their experiences. ”

Blanca Zayas, responsible for Communication of TripAdvisor Spain, said that they are “especially proud that it is a Spanish who occupies the first place in the ranking of water parks worldwide and that, in addition, do so for the sixth consecutive year.”

“Positioning as number one for so many years in a row represents a seal of quality recognized by users from all over the world and that will undoubtedly open more doors to both national and international tourism,” remarks Zayas.

Recently Travelcircus, a prestigious German web platform specializing in premium travel experiences, has awarded Siam Park the award for Best Water Park in Europe. This recognition joins the European Star Award, with which Siam Park was awarded in 2018, and for the seventh consecutive year, as the best water park in Europe. This distinction has been granted by the leading publication in the valuation of Kirmes & Park Revue theme parks.

Almost a year ago, visitors can enjoy the latest attractions of Siam Park: Patong Rapids, 235 meters long with an area of ​​complete darkness, and Coco Beach, a new children’s area with a large fountain and a dry jungle area with bridges, towers, obstacles and networks. 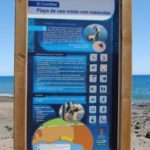 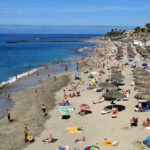